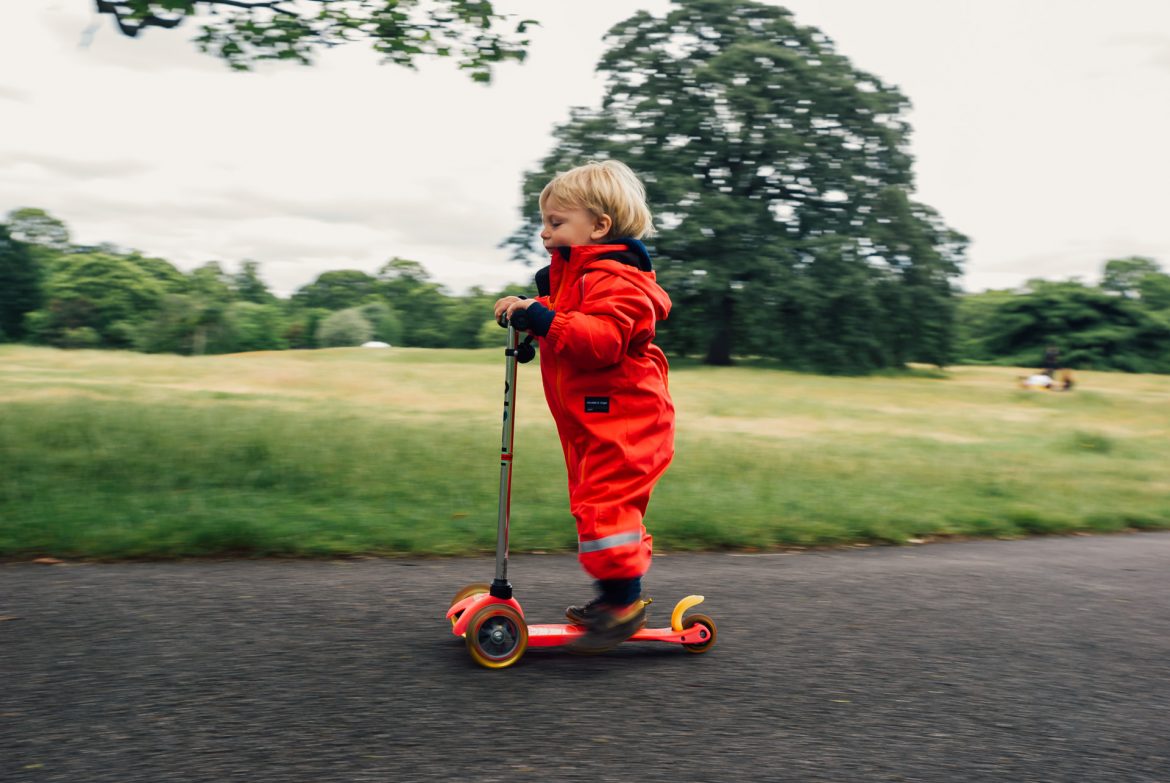 When Victoria Park was opened to the public in 1845 it provided greenery for the cramped, impoverished working-class slum areas of the East End. The popularity of Vicky Park (as the locals call it) made it known as ‘The People’s Park’. From festivalgoers to families with kids, the park is still one of the most thriving places in East London.

Things to do for kids in the park

Victoria Park is very family-friendly, and you’ll find a good range of activities for toddlers and preschoolers as well as for older kids:

We first thought the initials stood for Victoria & Albert, like in the V&A Museum of Childhood and V&A Museum in Kensington, but in this case, the old Queen is associated with her daughter-in-law Alexandra!

From a distance, the playground looks a bit like a Gallic village taken straight out of Asterix with lots of wooden structures and play elements. We really liked the natural feel of the playground with its sandpits and water pumps. For toddlers and preschoolers, this is a great place to spend some time.

If your kids like slides, Victoria Park’s main playground is probably one of the best spots in London to let them loose. There are four slides in total, and the the biggest one is wide enough for at least two kids to go at the same time which is a lot of fun. In addition you’ll find the usual swings, sand pit and climbing frames.

Other highlights of Vicky Park

Politics and Music in Victoria Park

In the 19th century, Vicky Park became associated with left-wing politics with its Speakers’ corner becoming a hotbed of socialist and reformist debate, an ideological tradition that continued in the 1970s and ’80s when the park would associate left-wing music festivals, featuring performances by artists like The Clash. The park has continued its association with indie and alternative rock music with the likes of Radiohead having staged huge concerts there in the 21st century, maintaining the park’s status as one the most popular East London attractions.

London Picture Quiz (Hard): Can You Guess These 11 Panoramic Views in SE?

Check Out this Awesome Play Area in East...

Let the Kids Explore and Learn About Farm...