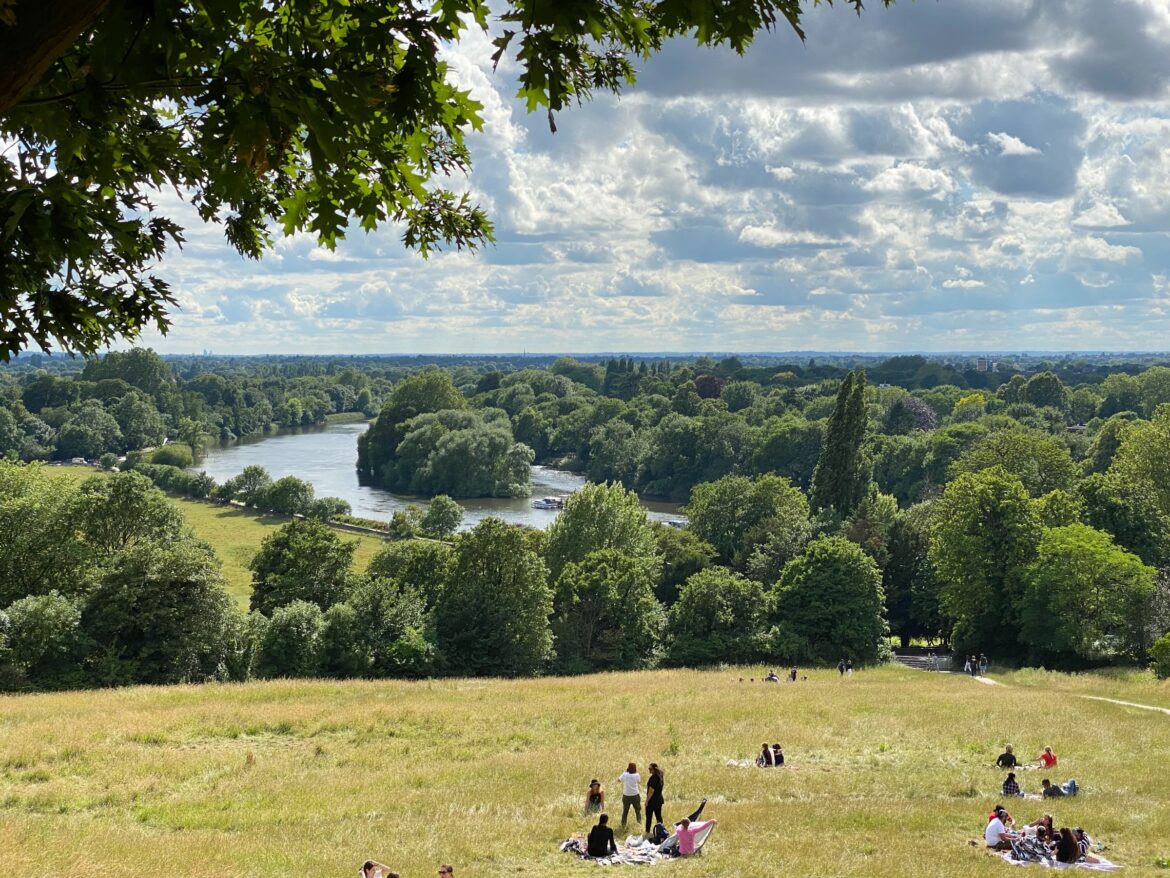 Top Things to do in Richmond upon Thames

Richmond upon Thames in South West London has so much to offer that it’s hard to know where to start. Rich in history with lots of historical buildings combined with an abundance of parks and gardens makes Richmond of our favourite areas to explore in London.

In the Royal Botanic Gardens, Kew you’ll find extensive gardens, botanical glasshouses an award-winning playground as well as beautiful Kew Palace. This is without a doubt one of the best gardens in the whole of the UK and attracts over a million visitors a year.

The Gardens are located just a 5-10 minute walk from Kew Gardens underground and train station, on the District Line. Kew Bridge Station is about the same distance but on the Northside of the River. Everyone in the area will be able to point you in the right direction. Read more about things to do with kids in Kew Gardens.

We love Richmond Park – it is without doubt the greatest place to visit in the Richmond area and a national treasure! 2,500 acres of parkland with an incredible 300 red deer, 250 fallow deer and 1000 oak trees. It’s even a Special Area of Conservation for the Stag beetle.

You’ll find several great walks in Richmond Park, with stunning views including this vista of Pen Ponds from the edge of Sidmouth Wood. The 12km Tamsin Trail is one of the most popular walks, and it’s hard to go wrong – just start at a car park and walk! The walk will take you past many of Richmond Park’s highlights including the Isabella Plantation and Pembroke Lodge.

Autumn is a good time for deer watching during the rutting season, however, it’s important to stay wary of these beautiful animals as they pack quite a punch with their antlers if you get in the wrong place at the wrong time. Try to avoid getting caught in the middle between animals belonging to the same flock! Read more about Richmond Park.

Take a break in Pheasantry Cafe in Bushy Park

Another favourite place in South West London to enjoy deer. The area around the Pheasantry is fenced off from the rest of the Park with a river running through the middle, and it’s usually very quiet during the week. Lots of ducks to feed, bridges to cross, mounds to run down, trees to hide in, leaves to kick etc… And in the Autumn, just outside that area, there are thousands of conkers. Good parking too. Read more about Bushy Park.

From the outskirts of Greater London, the River Thames passes Hampton Court, Kingston, Teddington, Twickenham, Richmond (with the famous view of the Thames from Richmond Hill), Syon House and Kew before flowing through central London. Richmond upon Thames is the only London Borough to straddle both sides of the Thames.

A Tudor day out at Hampton Court Palace

Hampton Court Palace is one of the last two surviving palaces owned by the 16th century Tudor King, Henry VIII. It is also one of the largest of the royal palaces, having seen constant renovations and improvements undertaken by various monarchs through the centuries. Built originally as a cardinal’s residence, Hampton Court Palace had been the favourite residence of successive monarchs from Henry VIII to George II.

Today, the palace is a major tourist attraction and is open to the general public for visits and special private affairs. Children can enjoy the amazing Magic Garden, one of our favourite playgrounds in London. Currently, under the care of the independent charity Historic Royal Palaces, it’s also the site of the annual Hampton Court Palace Festival and Hampton Court Palace Flower Show. Read more about Hampton Court Palace.

The house and its gardens have been owned and cared for by them for over four hundred years. One of the last surviving Ducal residences complete with country estate, the house has one of the most beautiful interiors created by the brilliant 18th century architect Robert Adam in 1762. Today, Syon House is a favorite tourist destination and is open for visits, weddings and special events, and film location shooting.

Syon House is not in the London Borough of Richmond upon Thames, but it’s close enough to be included.

The award-winning London Wetland Centre is the first project of its kind in the world.  You’ll find lots of great opportunities for kids to get involved and spot birds, creepy crawlies, snails and fish!

Twickenham is known around the world for the rugby stadium but also has other things to offer. Interestingly, Twickenham has twice the population of the town of Richmond which is partly why it’s the administrative heart of the Borough of Richmond upon Thames. A few highlights from Twickenham:

Known as the gateway to the non-tidal Thames, Teddington Lock is a lovely place to visit watching the boats go by on the river. You’ll find picnic tables, cafees and pubs along the river and there’s an excellent walk from here right into Richmond town centre.

There are several great farmers markets in the Richmond upon Thames area, including one every Saturday in the town of Richmond. The vast majority of produce sold at these markets comes directly from the farmer – the theory being that it’s fresher and better quality (although surprisingly not usually cheaper). The markets are outdoors, and usually, open only once a week.

Parking is free, and you can walk around the wonderful grounds of Strawberry Hill House free of charge. There are hidden summer houses, trees to hide under, a tiny market garden and stinging nettles.. all sorts of fun. And the bonus (besides the cafe) is that you can then walk through into St Mary’s University and the kids can discover ramps, alleys and steps while you admire the sports facilities. This is all best done in the summer when the students are away and the gardens are open!

You may think that all the museums are ‘up town’ in London, but that’s where you’d be wrong. Both Twickenham and Richmond can entertain you with historical collections, and if you’ve never been to the RFU museum and you love rugby, you have to ask yourself why not?

If you’re looking for traffic-free cycling, check out this 9km long circular cycle path in Richmond Park. Note that it’s not permitted to cycle off-road in Richmond Park as mountain bikes cut up the grassland and “put habitats at risk”. Please note that it’s also a footpath.

Map of Richmond upon Thames attractions