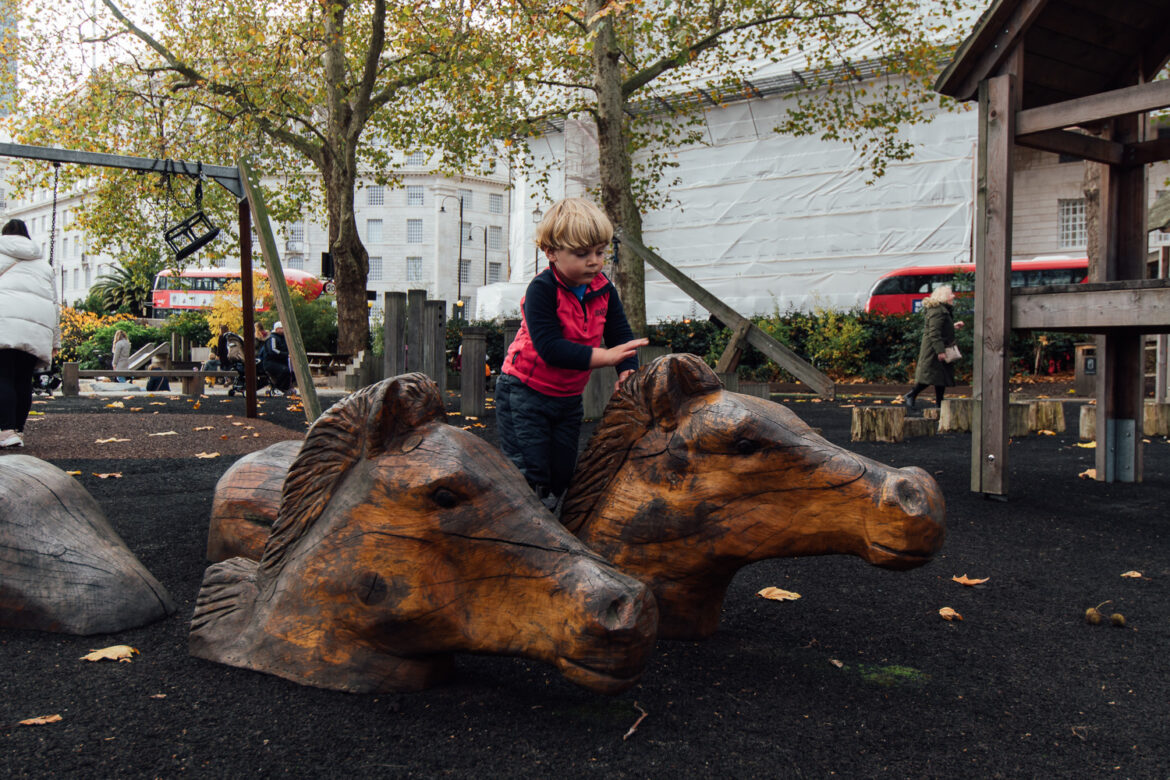 Things to do in Westminster with Kids

Finding things to do in Westminster seems easy as the internet is teeming with suggestions on what to see in Central London. The difficulty is choosing attractions matching your whole group’s interests. As a London family of 5 trawling through the capital for years, we’ve curated a collection of places suitable for families with kids ranging from teens to toddlers.

The unassuming Marylebone Farmers’ Market is one of the best places in Central London to source proper organic food coming straight from farms outside of London. You’ll also find deliciously …

Trafalgar Square is one of the key iconic landmarks in London and is usually high up on the list of families looking for famous places to visit in London. Surrounded …

Take the Regent’s Canal Walk from Little Venice to Camden Lock and experience some of London’s hidden gems. As previous residents of Maida Vale, let us take you on a …

London Eye with Kids- a Review

The London Eye is the world’s highest observation wheel with a height of 135 meters and is situated on the banks of the River Thames, offering unrivalled views of London. …

The importance of Westminster

The City of Westminster, unlike the secretive City of London which operates behind the closed doors of its grand facades, lives its life in public, using some of London’s grandest buildings as a backdrop. Its three powerhouses Westminster, the Houses of Parliament and Buckingham Palace are all central to that public life and reinforce Westminster’s position as the temporal and spiritual headquarters of the sovereign, who is head of church and state, the Commonwealth, and of her government.

Westminster was founded on religion. On the boggy banks of the Tyburn river, more than 2 miles (3 km) upstream from the busy, walled City of London, the church of St Peter was established in 604, possibly by Sebert, king of the East Saxons. Subsequent kings and worthies endowed St Peter’s. Edgar gave land, Canute relics, and then, around 960, St Dunstan, Bishop of London, provided a dozen Benedictine monks to start a monastery.

But the real creator of Westminster was Edward the Confessor. Dreaming of a new palace, a monastery and an abbey church fit for royal burial, his religious fervour was redoubled when Pope Leo allowed him to restore Westminster’s monastery instead of making a pilgrimage to Rome. Edward began his new Romanesque church, and in about 1060 left Wardrobe Palace in the City for the Palace in Westminster.

Interdependency between Westminster and the City

From then on, rulers at Westminster and merchants in the City would enjoy a distant but tense relationship. The former constantly needed money for wars, crusades or extravagant lifestyles; the latter could supply that money but would do so only in return for power. Edward’s Abbey was consecrated on 28 December 1065. Eight days later he died, but his dream continued without him, propelled by the need to fuse religion and state. When William the Conqueror was crowned with great ritual in the abbey on Christmas Day 1066, he began a tradition which was as much political as spiritual. It was in that tradition that Elizabeth II was crowned in 1953. Nine processions Of 250 people escorted her to the abbey and during the four-hour ceremony, she sat on three chairs and wore four sets of clothes. She was crowned with St Edward’s Crown but left the abbey wearing the Imperial State Crown.

Successive kings lavished money on Westminster Abbey. Henry III began by adding the Lady Chapel then, in 1245, employed Henry de Reyns to start rebuilding it all in the new, soaring Gothic style, with the intention of making it into a combination of shrines to Edward the Confessor, a grand coronation church and royal necropolis. Richard II, Henry V, Henry VII and donations from pilgrims to the shrine further funded the abbey to near completion.

Then, in 1532, Henry VIII broke with Rome. The following year the King took the wealthy Benedictine monastery as Crown property. Deprived of its monks, the abbey became the shrine, coronation church and royal burial site Henry III had dreamed of. The royal tombs and the Confessor’s Chapel lie at its heart, amidst monuments to politicians, scientists, poets and philanthropists. Until the late nineteenth century, burial rights at the abbey could be bought, so not all those interred here are especially virtuous.

The crowd of grandly entombed sovereigns begins with Edward the Confessor although one tomb may even be that of the founder Sebert and ends with George II, after whose death Windsor Castle became the royal family’s preferred place of burial.

For visitors today, the Westminster cloisters are an evocative reminder of its past. Outside the Westminster great west door, more old monastic buildings are occupied by Westminster School, whose former pupils include Ben Jonson and Sir Christopher Wren.

The 8 Best Places in London for Roller...