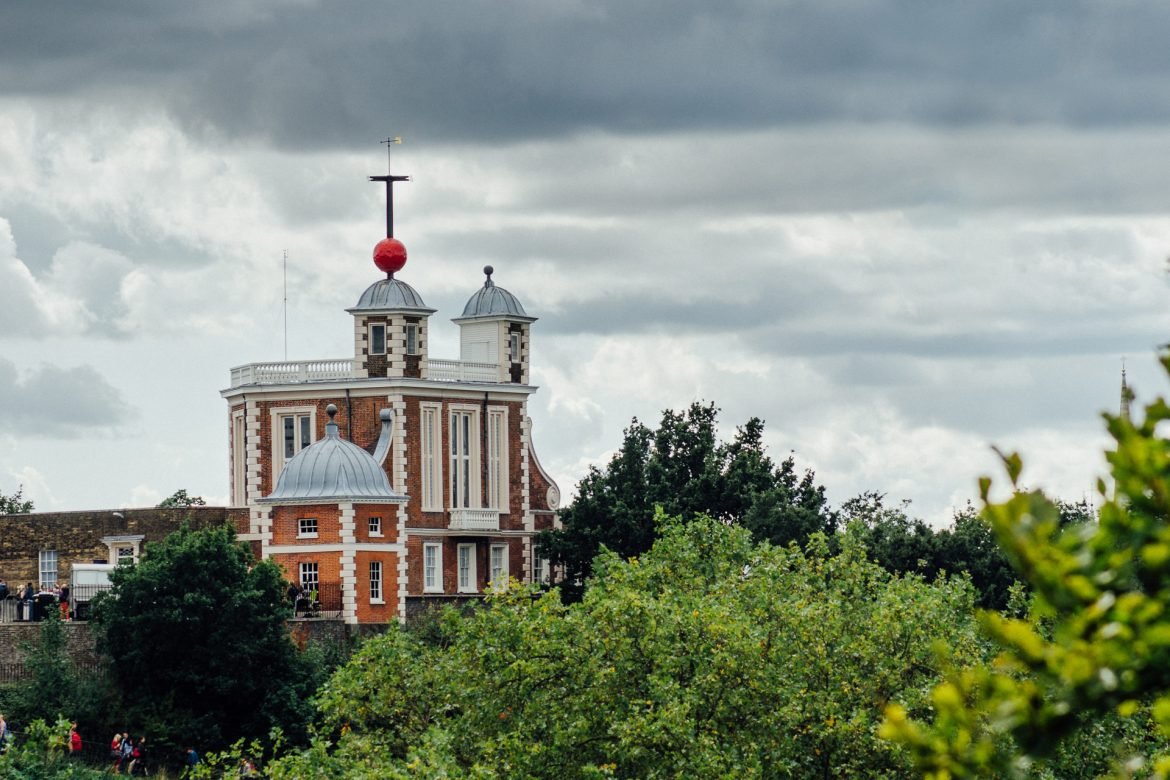 Ever wondered why its called Greenwich Mean Time (GMT)? It originates from The Royal Observatory in Greenwich, one of the most historical places in London. Here you can take a photo with the prime meridian line marking zero degrees longitude and you’ll be able to see the Great Equatorial Telescope, famous for many important astronomical discoveries.

The birth-place of modern astronomy

From its humble beginnings in the 17th century, Greenwich and The Royal Observatory grew to become the epicentre of world astronomy and the birthplace of GMT and the Prime Meridian. From the top of the hill in Greenwich, the first scientists of Britain directed their telescopes to the stars, finding more and more accurate ways to help British ships navigate the seas.

The legacy of The Royal Observatory

Today Greenwich is no longer a centre for modern astronomy, but its legacy lives on defining the global time zones as the prime meridian of the world. Walking through the buildings and grounds, you’ll get a sense for how it was to be a royal astronomer, their carefully crafted instruments and how their first discoveries paved the way for modern science.

Highlights for families at the Royal Observatory

* Tickets need to be booked separately

Visiting the Royal Observatory with kids

The building itself is quite small with tight spaces, so not the ideal place for toddlers to run around. Kids from five years old will enjoy it though, and I would highly recommend a visit the Peter Harrison Planetarium to enjoy one of the shows and hands-on fun at the Astronomy Centre.

Greenwich is a brilliant place for a day-trip since you have so many things to explore within a compact area. We have rated Greenwich Park Playground as one of the best in London after it was refurbished, and we love the interactive areas of Cutty Sark and the National Maritime Museum. Greenwich Park itself is a Royal Park where you can enjoy a picnic while having stunning views towards the City of London and Canary Wharf.

Cutty Sark – All on Board The Tea Clipper

Tate Modern: Is It Really Family-Friendly?