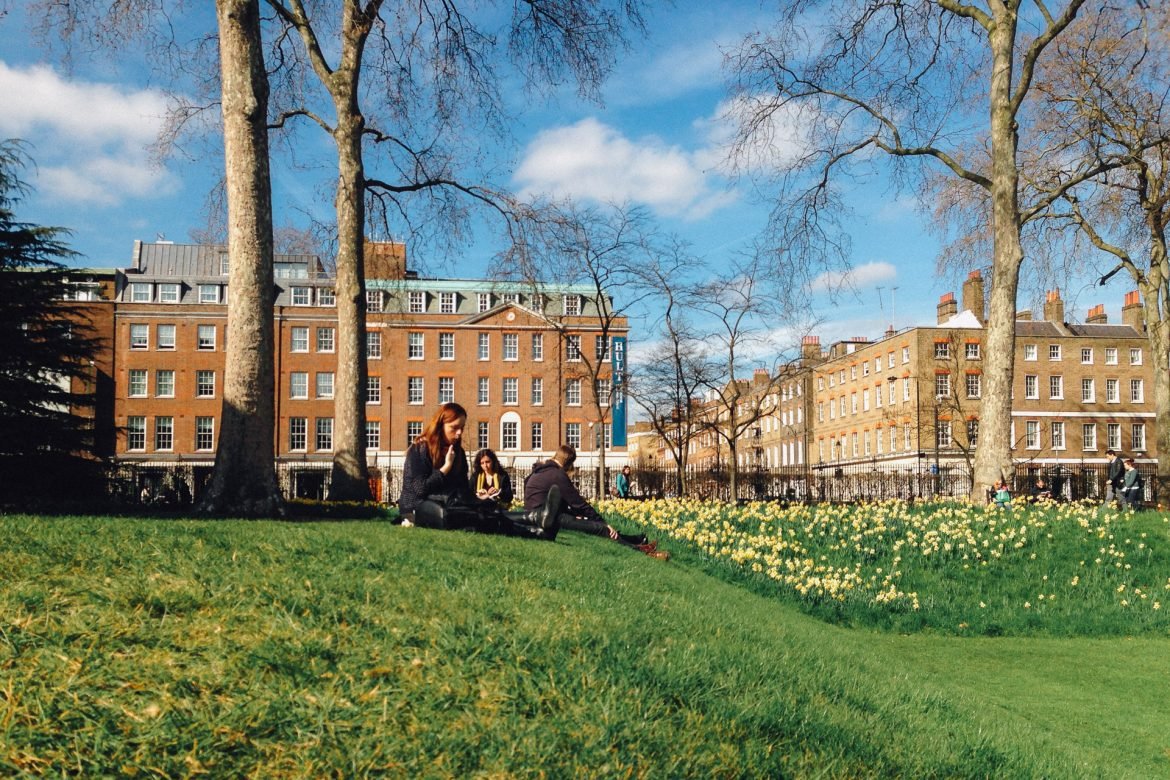 Hush Now. 10 Quiet London Places To Get Away From It All…

It goes without saying that we all love a lot of the things that London has to offer. The vibrancy and the sense of things happening all the time are part of what attracts us to the place. Sometimes, though, it’s nice to get away from it all, flee the crowds and have a bit of quiet time to readjust yourself. Here are 10 quiet places in London where it’s possible to do just that.

Gray’s Inn is one of four Inns of Courts in London. Home to London’s barristers for hundreds of years, Gray’s Inn is a uniquely quiet place that is free for everyone to enter during opening-hours. Relax on one of the many benches, or enjoy a picnic on the lawn and feel like you’re in a totally different place than a busy city.

It doesn’t have the tourist hordes that the National Gallery does and it doesn’t have the yelling groups of schoolkids that the British Museum does. What it does is have is a lovely range of 17th and 18th-century paintings, including works by artists including Rembrandt, Reynolds, Van Dyck. It’s not a large gallery, and you’ll not normally run across large crowds. There’s also a cafe with floor to ceiling windows and an outdoor terrace for those sunshiney days. Read more…

This is one of the best nature watching areas in London. It’s situated on the banks of the Thames at Barnes (10 minutes by bus from Hammersmith tube station). A quick look at recent bird sightings on their website reveals that buzzards, wagtails, peregrines and sandpipers have been seen there – it’s also home to frogs, butterflies, bats and water voles. The centre stretches over 105 acres and the walks through the different habitats around lakes and ponds in this peaceful environment really help you get in touch with nature. Read More..

The Actor’s Church (St Paul’s) is a tranquil spot to duck into with a sandwich from one of the nearby food-supplying establishments. It’s a cosy churchyard just off Covent Garden but you’d never know it because it’s quiet and peaceful and there’s usually a bench or two free. There are also very handy free toilets situated at the exit onto Covent Garden itself.

Hatchards in Piccadilly is now owned by Waterstones but has been around, in the same street, since 1797 and is, therefore, the oldest surviving bookshop in the UK. It’s a beautiful old building with dark wooden shelves and spreads over five floors, giving you the opportunity to spend hours browsing through its excellent range of books. You might even run into Michael Palin signing books…

Hampstead Heath can be a busy place when the sun comes out. However, there’s a part of it that’s a bit less crowded. It’s to the north of the Heath near Spaniard’s Inn and it’s a spot where you’ll find seclusion in the woods.

Of special interest in this area is a gated space (just open the gate) called Springett’s Wood which was formerly an orchard and tennis court but has had two ponds added and additional trees planted. There’s also a lovely wooden bench – more a work of art – dedicated to Kate Springett who was the Heath’s chief bird recorder for more than 30 years for you to sit on and contemplate infinity.

Very near King’s Cross Station, this wildlife haven is a great place to escape the noise of the surrounding area. It’s run by the London Wildlife Trust and wetlands, meadow and woodland all form part of this narrow strip on the banks of the Regent’s Canal.

A pretty place to take your lunch, Postman’s Park is unusual in that there’s a long wall that’s a memorial featuring ceramic plaques to the celebration of ordinary people (the Memorial of Heroic Self Sacrifice) who died giving their lives for others. It’s one of the largest parks in the City of London and is built on a former churchyard. You’ll find that it’s on higher ground than the surrounding streets because it’s been built on an old burial ground (body piled upon body). That’s something to think on while you’re chewing your falafel wrap!

As well as being a residential area plus a great (if confusingly laid-out) venue for plays, films and concerts, the Barbican has a large outdoor terrace with plenty of seating, fountains, a lake and even a waterfall. Grab a coffee from the cafe inside and sit admiring the surreal view of City buildings looming over this 1960s/70s estate. Or take a walk round the empty labyrinthine passages and you never what you’ll run into. Read more..

Also known as Hammersmith Cemetery, the Victorian Margravine Cemetery began life in 1869. It has more than 300 trees, beautiful and plants and a couple of types of bat sharing the grounds. Bring a book to read in this quiet green haven.

Things to do in Southwark with kids

The 35 best Scandinavian Spots in London