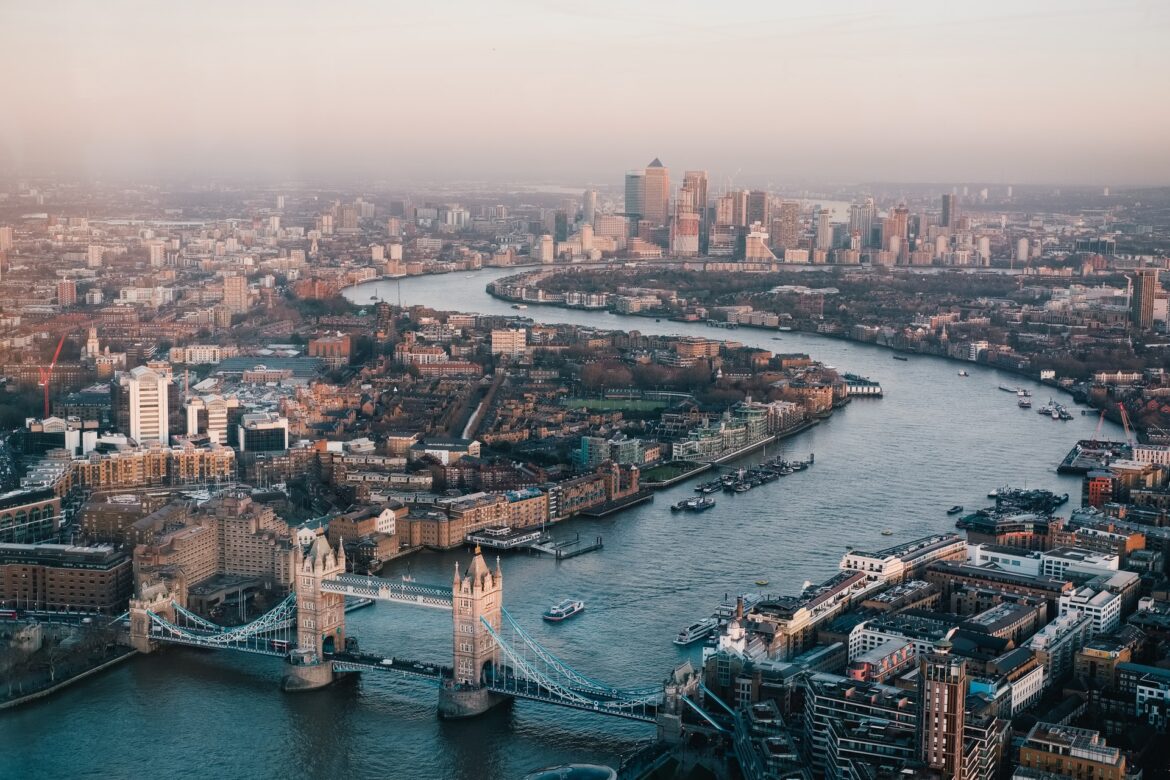 Tower Bridge is perhaps the most iconic landmark of London, and a popular place to visit for families with kids. Not only is it a very impressive structure to look at with its huge gothic towers. It is also a great attraction to experience given the fact that you can walk across the glass floor on the upper level walkways of the bridge looking down at the traffic underneath.

The structure of Tower Bridge itself is a combined bascule and suspension bridge. The bridge spans the River Thames by the Tower of London, which gives the bridge its name. London has no more iconic symbol than Tower Bridge!

Tower Bridge comprises two towers joined at the upper level by two walkways, which are open to the public as part of the Tower Bridge experience. A central span raises to allow larger vessels access to the Pool of London, the stretch of water between Tower Bridge and London Bridge. The machinery raising and lowering the bridge is housed at the base of each tower.

Entering the exhibition at the north tower

Before visiting Tower Bridge we recommend booking tickets in advance to save time and get an online discount. Once you pass through the rather strict security search (only small bags are allowed), you’ll start to climb the stairs to the top walkway above the bridge. Luckily for families with babies and prams, there is also a lift available. Tower Bridge is fully accessible with lift access to all the floors, including the engine room.

Taking in the views from the upper walkways

The views from the upper walkways are amazing. Make use of the open windows, where you can take great pictures without any glare from the glass. You’re not nearly as high up as in nearby Shard, but you’ll get a great perspective on the Tower of London and the east part of London towards the high-rise buildings of Canary Wharf. And of course, you’ll get to enjoy the glass floor where you can see the busy traffic on the bridge below.

Tower Bridge has featured in many famous movies through the years, but if your kids are into Spiderman (like ours), you should take the opportunity to watch “Spiderman: Far away from home” from 2019. This movie was coined as the most London-y superhero film ever by the Londonist featuring several scenes from the upper walkway where the bad guy Mysterio is hanging out.

Exploring the Victorian Engine Rooms, where the Bascules of the Bridge were once opened and closed is also very exciting for kids. There’s a virtual display showing what this would really be like back in the days with lots of old-school machinery.

The history of Tower Bridge

“No-one will be forgotten, no-one cast aside

We can build a bridge to span the great divide”

Until Our Race is Won – J. Horden

Who but the Victorians could have designed and constructed such an edifice as Tower Bridge, one that is as functional today as it was 100 years ago?

And what sort of people in the days of horse-drawn carriages could have built a structure to withstand the punishing nature of 21st-century traffic?

Oh and yes, make it so beautiful!

The bridge was originally chocolate brown but today glories in the red, white and blue paint applied in 1977 for the Queen’s Silver Jubilee.

When Tower Bridge was first planned in the second half of the 19th century, the designers realised that a traditional fixed bridge would cut off shipping access to the busy port facilities in the Pool of London.

Following a competition for the most practical solution, construction of the existing bridge started in 1886 and took 8 years to build.

Two massive piers, containing over 70,000 tons of concrete, were sunk into the Thames’ river bed to support the construction and over 11,000 tons of steel provided the framework for the towers and walkways.

The structure was then clad in Cornish granite and Portland stone, both to protect the underlying steelwork and to give the bridge a pleasing appearance. The ornate Victorian Gothic style, giving Tower Bridge its distinctive appearance, was intended to harmonise the bridge with the nearby Tower of London.

Interestingly, the design of the bridge was not without its early detractors. One professional commentator stated that the bridge “….represents the vice of tawdriness and pretentiousness, and of falsification of the actual facts of the structure”.

Another wrote that “A more absurd structure than the Tower Bridge was never thrown across a strategic river“.

The ‘vice of tawdriness’!

Thank goodness, our forefathers who designed and built Tower Bridge decided not to listen. Just what would we have done today with all of those rolls of unused film?

Tower Bridge is more popular than ever

Whatever the time of day, summer, winter, spring and autumn, be it rain or shine, London’s visitors flock to Tower Bridge. We stand, we gaze, we wonder.

We smile at the camera and we straddle the gap between the spans, peeking at the dark, moving river below and feel the old bridge shake as the heavy London traffic trundles across.

They built things well, did the Victorians!

But as those strong, gnarled hands poured the concrete and erected the steel and stone, even they couldn’t have realised the glorious legacy in Tower Bridge that they were leaving behind for London.

What’s to see in the same area as Tower Bridge?

Just like the Southbank area around London Eye and Westminster is a hub for family-friendly activities in London, London Bridge is part of a cluster of great landmarks on the eastern premises of central London. The Tower of London is just a stone’s throw away on the north side of the river, and on the south side, you’ll find popular spots such as Borough Market and the View from the Shard.

Awesome Farms and Petting Zoos for Children in...

Top Things to do With Kids in Kew...