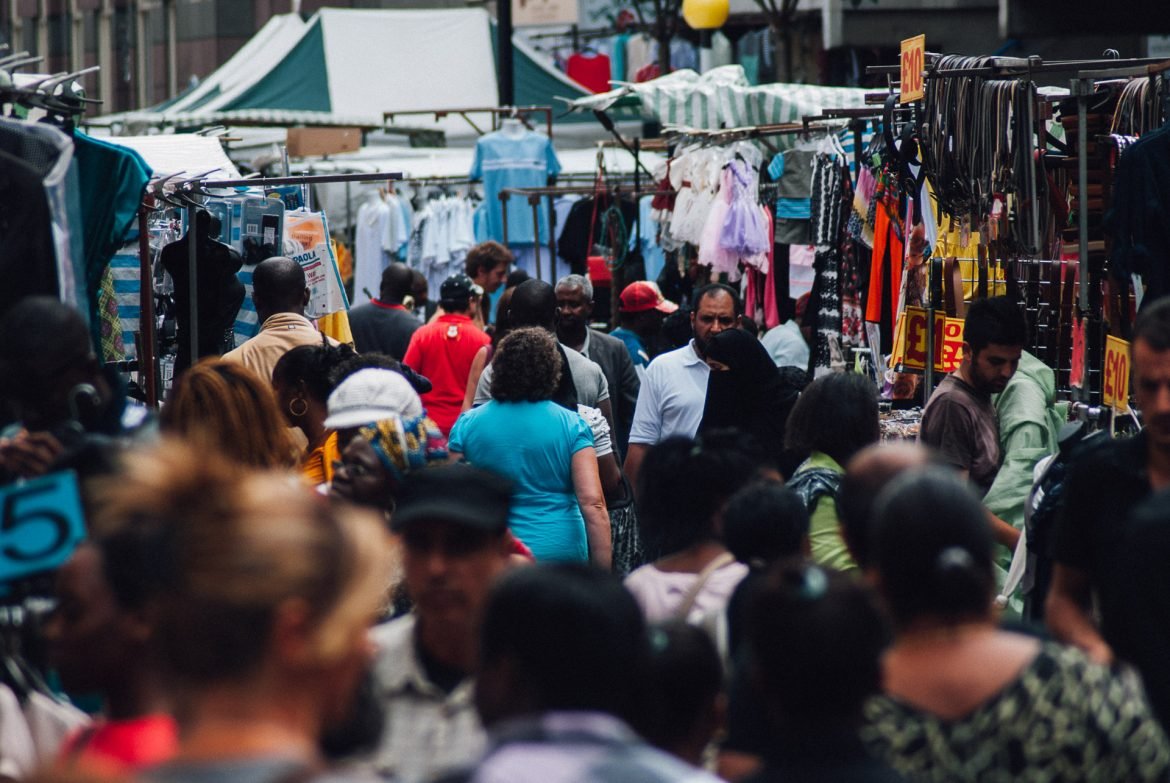 Petticoat Lane Market is long, narrow and full of life

The name dates from the 1600s when a secondhand clothing market was in full swing on this location, and when the French Huguenots moved into the area, they further cemented Petticoat Lane Market’s reputation when they established weaving, lace making, and clothing manufacturing here.

The next wave on immigrants to put their stamp on Petticoat Lane Market were the Jews who moved here in the late 1800s. The market was open traditionally only on Sunday, in deference to the Jewish community whose holy day was Saturday.

The Market is rather unusual in that for most of its history it was an illegal and unregulated market, subject to raids and harassment by local authorities from time to time as the spirit moved them. It took an Act of Parliament in 1936 to legalise the market, and then it was back to business as usual.

Petticoat Lane Market is most widely known for its clothing trade, both new and secondhand clothing is available, as well as linens and household goods. You can find incredible bargains, but many items may not be of high quality.

Polyester suits for £2 might not be to your liking, but how about a designer silk skirt for £2? Much of the clothing is end-of-season that dealers buy in bulk, and this is where you can really score a great deal.

Petticoat Lane in London is a wonder.

Tower of London: 8 Highlights For Families

Things To Do In East London’s Popular Victoria...