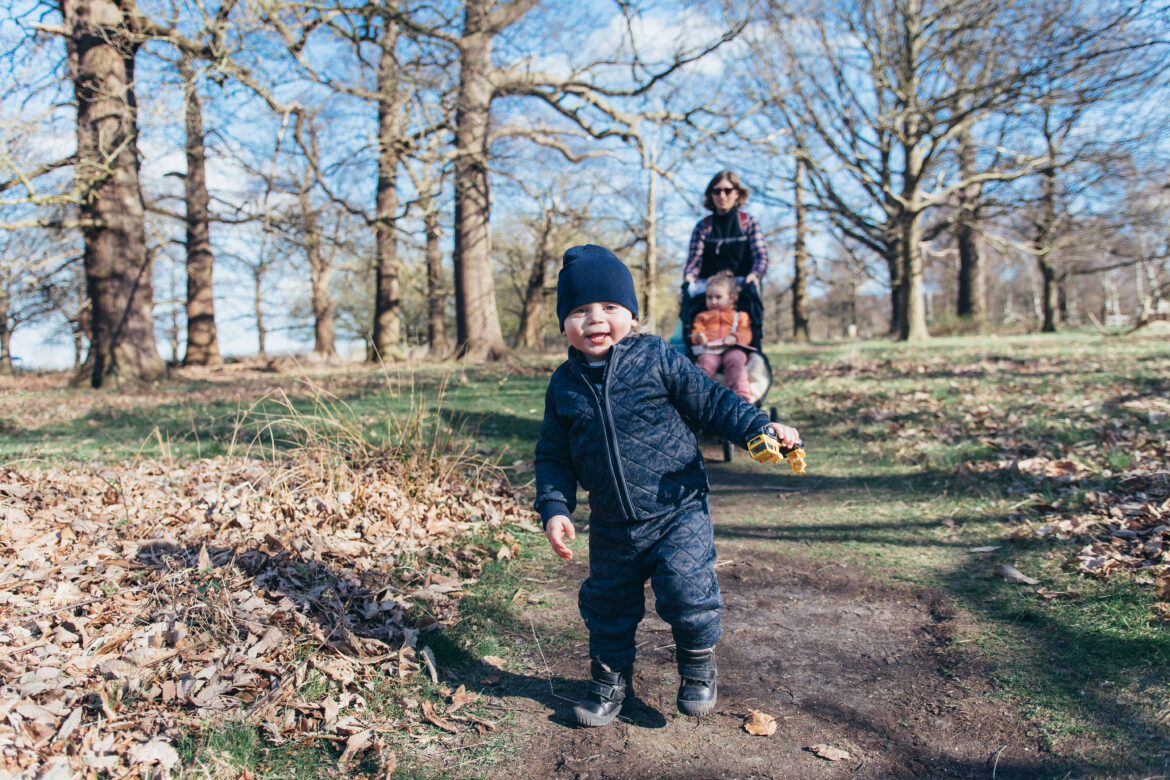 Here is an overview of best parks in East London where you can enjoy a wide range of activities from peaceful walks and cycling trips with the family to learning how to swim in an Olympic pool.

Barking Park is a popular recreation ground in East London including a lake, formal parkland with mature trees, and a section of the Loxford Water, a small stream. The Loxford Water, on the western edge of the park, forms the borough boundary with Redbridge. Its three islands provide nest sites for common waterfowl, including mallard, tufted duck, moorhen and coot. The mature trees and dense shrubberies in the park provide habitat for common birds, including the declining spotted flycatcher.

An old estate comprising Bedford’s Park and part of Roundhouse Farm, with a rich variety of habitats including extensive areas of both acid and damp neutral grassland, oak-hornbeam woodland, old hedges and field ponds. Excellent for a leisurely walk.

Dagnam Park, a historic landscape designed by Humphry Repton, is comprised of a variety of habitats including species-rich grassland, woodland, hedges and ponds. The site as a whole is important for its breeding and wintering birds, including skylark, yellowhammer, hawfinch, jackdaw and various thrushes. One of the best parks in East London when it comes to bird-watching!

This large churchyard, the biggest in London, is managed as an educational nature reserve. The churchyard was officially closed for burials in 1974 and was a wilderness until its value as a wildlife reserve was realized in 1977. Extensive areas of rough grassland and scrub, with smaller areas of woodland, support a good diversity of birds, including breeding spotted flycatcher and blackcap, and large flocks of finches in late summer. The Nature Reserve was formally opened by Queen Elizabeth II in 1983.

This park covers nearly 6,000 acres and contains areas of grassland, heath, rivers, bogs and ponds. Stretching between Forest Gate in the south and Epping in the north, Epping Forest is approximately 18 km long in the north-south direction, but no more than 4 km from east to west at its widest point, and in most places considerably narrower. Mountain Biking, Horse Riding and Rambling are popular pursuits within the Forest.

This is a family-oriented park with lots of activities for kids in Ilford. If you would like to learn watersports such as sailing and windsurfing, Fairlop Waters is a great choice. The park also offers some safe routes for family cycling and features the biggest boulder park in the UK with opportunities for climbing. For rainy days there’s an indoor soft play area called Owls Play Centre for kids under 12 years.

The southern part of Mayesbrook Park contains two very attractive lakes. Both have wooded islands which provide nest sites for common waterfowl, including mute swan and tufted duck. Larger numbers of waterfowl, including shoveler, are present in winter. A fantastic informal park.

Adjacent to the Regents Canal, Mile End Park is long and thin stretching from Victoria Park to St. Pauls Way. Here you’ll find lots of green space with highlights such as:

31 acres of parkland and a working farm, smack dab in the middle of the Docklands! It’s not many places in the world where you can see a flock of sheep grassing on a hill, juxtapositioned next to skyscrapers. An equestrian centre provides riding lessons, educational programs are carried out and there is a garden centre, shop and cafe.

Mudchute is the biggest of all the city farms in London and the one we have rated the highest. Situated on the Isle of Dog, the farm can be a bit difficult to access if you’re not local but it’s definitely worth a visit. Especially if you have young kids, taking advantage of seeing the adorable farm animals at the farm is a must!

Parsloes Park is a large park with a size of 57.99 hectares, with an interesting use of trees and shrubs over most of the park with Rose beds in the grass area by the lake. There is also a bowling green that is screened on one side by an attractive Cotoneaster hedge and a newly constructed playground which features mounds, natural rock seats, a teen shelter and floodlights for winter use.

This is East London’s most modern park, purpose-built for the 2012 Summer Olympics in London containing several sports venues, like London Stadium which is home to West Ham United. In the aftermath of the Olympics, the park has become a driving hub in the redevelopment of this part of East London.

There are lots of opportunities for locals to stay active taking advantage of the many sports facilities in the park. If you would like to test yourself swimming in an Olympic swimming pool, the London Aquatics Centre is open for everyone. To the north of the park, you have the Hockey and Tennis Centre offering state of the art facilities. Older kids can test their courage going down the slide in the Orbit, while younger kids can choose between two playgrounds with modern play equipment:

If you enjoy cycling, we can recommend a family-friendly cycling route starting at the Olympic Park going north following River Lea and the reservoirs towards Waltham Cross.

This smallish park in Ilford is part of the larger Hainault Forest and is notable for its skateboarding facilities.

Vicky Park as it’s called by locals is the best-known and most popular park in East London, covering several hundred acres in Tower Hamlets. Music Festivals, herds of deer and goats, Cricket grounds and the oldest model boat club in the world are but a few of the interesting treasures hiding in this beautiful park.

The legendary Vicky Park is also welcoming to children, featuring a skatepark and a playground with swings and some of the best slides in London!

Wanstead Park is one of several parks in East London with a grand history linked to the aristocracy. In 1812 the widowed owner of a grand manor house re-married to the nephew of the Duke of Wellington who promptly squandered her fortune on his extravagant lifestyle. The house and grounds were sold off to repay his debts. Today, all that remains are the decaying remnants of the formal gardens, dating from the early eighteenth century.

These gardens include a series of artificial ponds, the most interesting of which are are the ornamental waters which are maintained as a nature reserve. At the other end of the pond-network is a reservoir pond in which early-morning swimming is permitted, but is frankly only for the brave.

Read more a out Wanstead Park

There is also a nursery that is one of the largest operations of its kind in the UK, producing over 200,000 spring and summer bedding plants each year for the park, gardens and churchyards in the City of London and other Corporation Open Spaces.

Let the Kids Explore and Learn About Farm...

Enjoy a Day Out at East London’s Newham...