Do wonder which classic Nordic children’s books you should read for your kids? Check out our list of favourite Scandinavian books recommended by a Norwegian family. Be warned though, some of the Nordic books for kids are known for being pretty brutal and raw!

From the Pippi show in Astrid Lindgren’s World

Pippi Longstocking by Astrid Lindgren is probably the most famous Nordic children’s book character and one of our absolute favourites as well.  Lindgren’s books can be pretty severe and dark, but also very cheerful with strong and independent main characters. 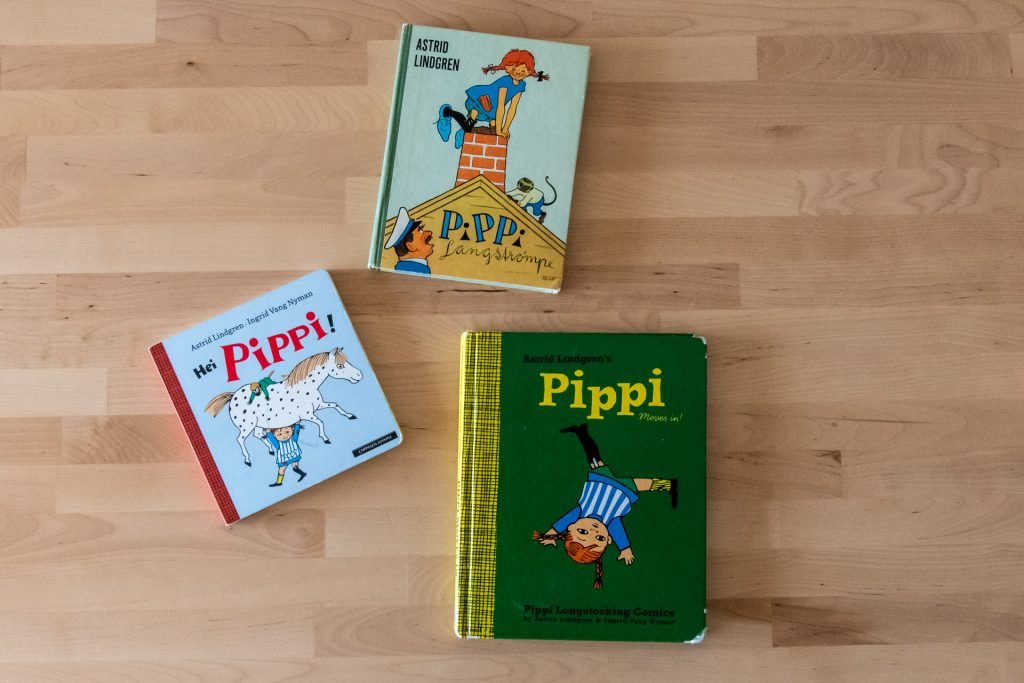 A selection of Pippi Longstocking books

First and foremost, Astrid Lindgren took children seriously. She also saw children differently than many of her contemporary children’s book writers and had an intuitive understanding of children’s minds. In many of her books, the main character is a child having a hard time, creating a better life in a fantasy world. Other books are about rebellious and “impossible” children that adults do not understand treating them authoritatively. 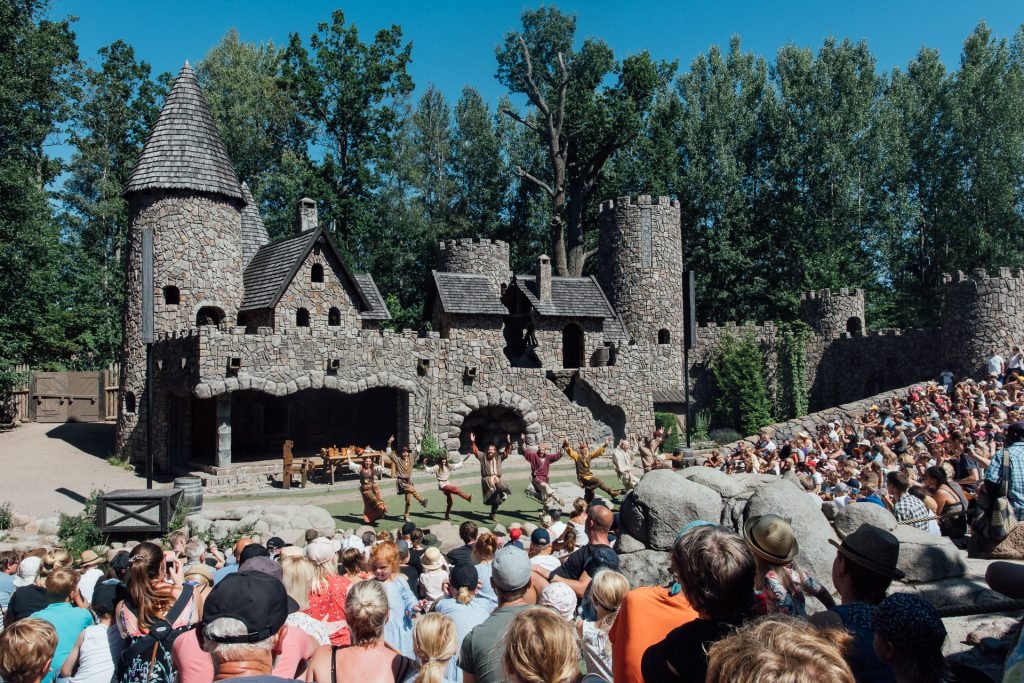 The Ronja theatre performance at Astrid Lindgren’s World in Sweden

The books create empathy and commitment and provide a basis for conversations between children and parents about the significant issues in life. But the books can also be read as classic fairy tales or stories full of humour and inventions. Astrid Lindgren’s books have many layers and will always find a reader. They are for everyone and are timeless. 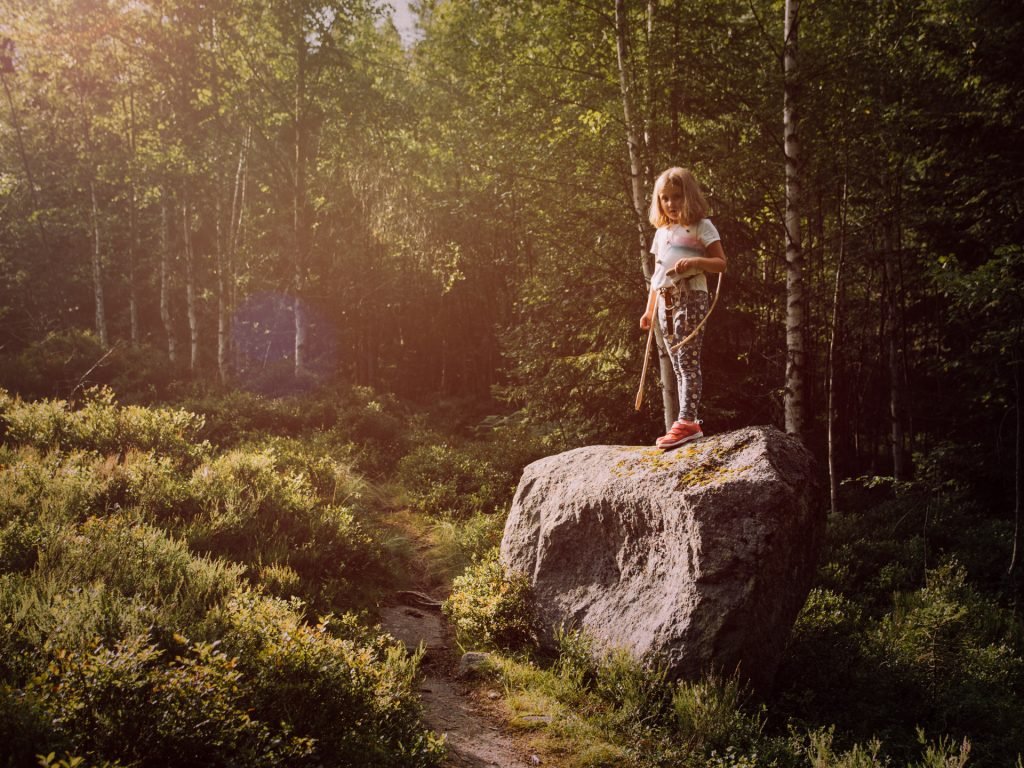 The Norwegian folketales by Asbjørnsen & Moe 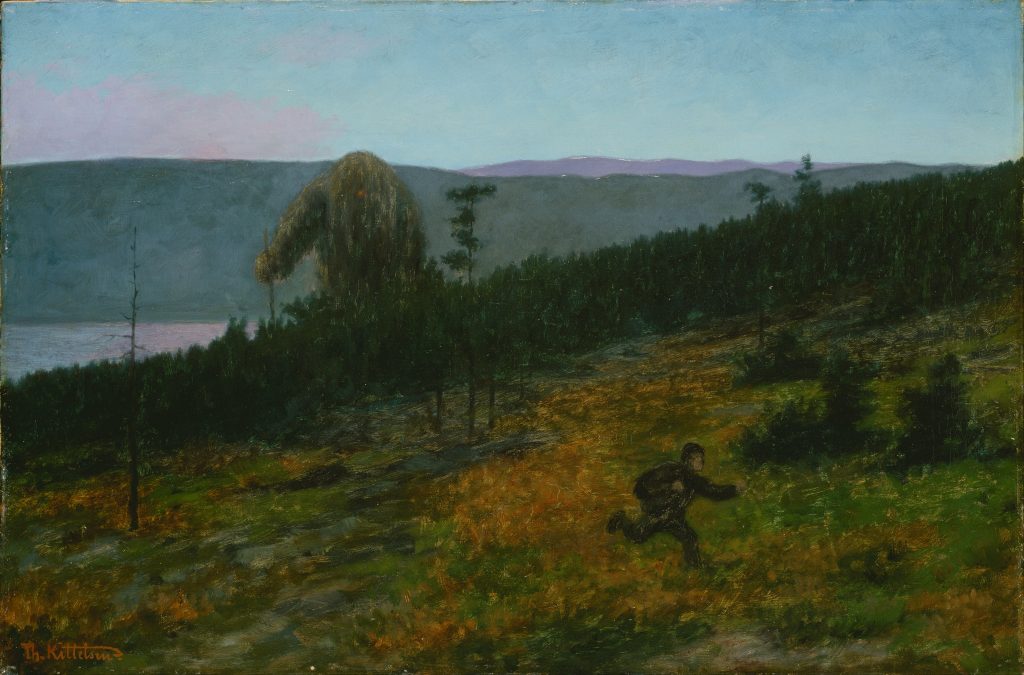 Askeladden running with the troll after him. Painting by Theodor Kittelsen

We also really like the fairytales collected by Asbjørnsen & Moe from when they were visiting farms and villages around Norway. These tales are packed full of trolls, talking creatures and royalties. Before being written down, these stories were told around the fireplaces, brought forward from generation to generation. 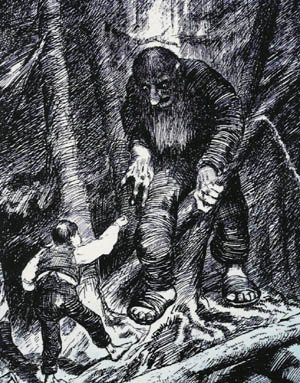 Asbjørnsen collected fairy tales and legends from the mid-1830s and began the collaboration with Jørgen Moe in 1837. The result of their collection was presented in Norwegian Folktales, compiled by P. Chr. Asbjørnsen and Jørgen Moe, published in pamphlets from December 1841. It was an event in Norwegian cultural life and gained international recognition. The principle was “Tell as the People”.

One of the big heroes in their stories is called Askeladden or “Ash Lad” in English. He is the youngest of the three brothers and the underdog when it comes to winning over the big trolls. The older brothers are always underestimating and laughing at Askeladden, but he miraculously ends up victorious using wisdom and deceit. If your kids are not afraid of brutal endings, we would definitely recommend Norwegian fairytales. 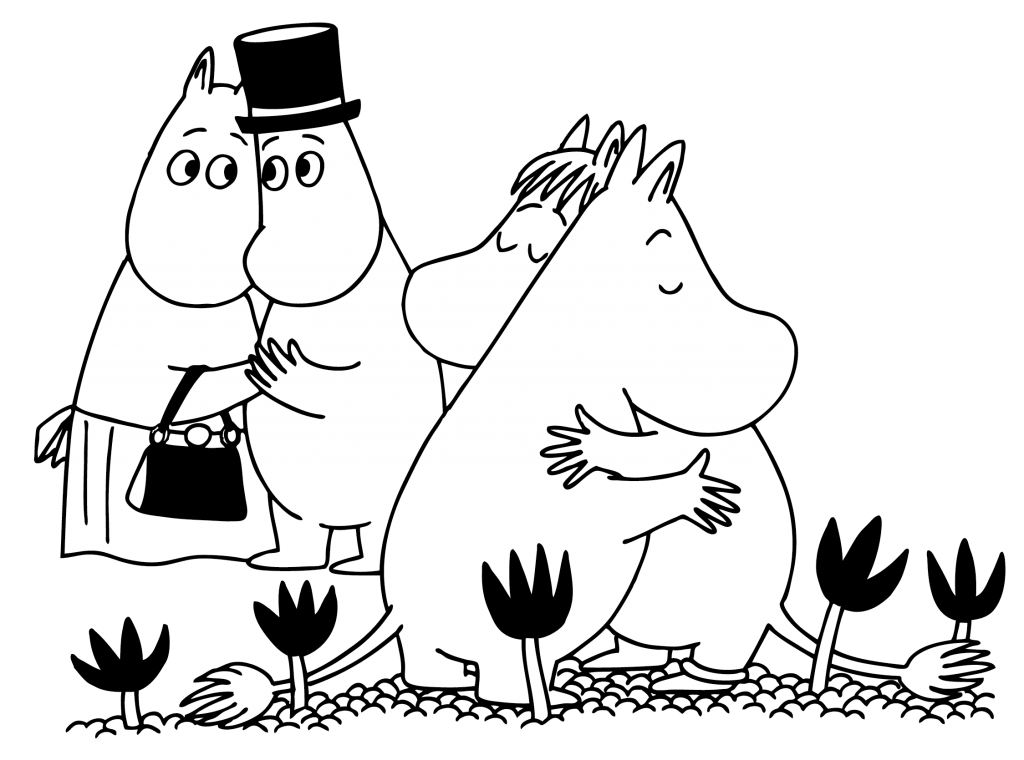 Tove Jansson was a Swedish-speaking Finnish author, novelist, painter, illustrator and comic strip author. Jansson is most famous for the Moomin children’s books featuring characters like the Moomintroll, Lille My and Sniff. The Moomins are a family of friendly-looking trolls, white and round with broad snouts. The Moomins can be self-centred, ruthless, and narrow-minded at times, but more often than not, they are hospitable, nurturing, and liberal — like real people. 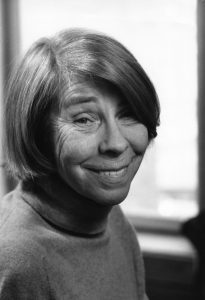 Tove Jansson (1914-2001) was a Finnish-Swedish writer and artist, who achieved worldwide fame as the creator of the stories about the Moomins – © Moomin Characters™

The Moomin world is filled with eccentrics, loners, beasts, monsters, fretters, hagglers, and poets. The Moomin family clashes or organizes with these folks against common enemies or natural disasters or themselves. Her stories are first and foremost timeless, about what it is like to be human, about relationships and bright summer nights. After Pippi, the Moomins are probably among the most famous Nordic children’s book characters. 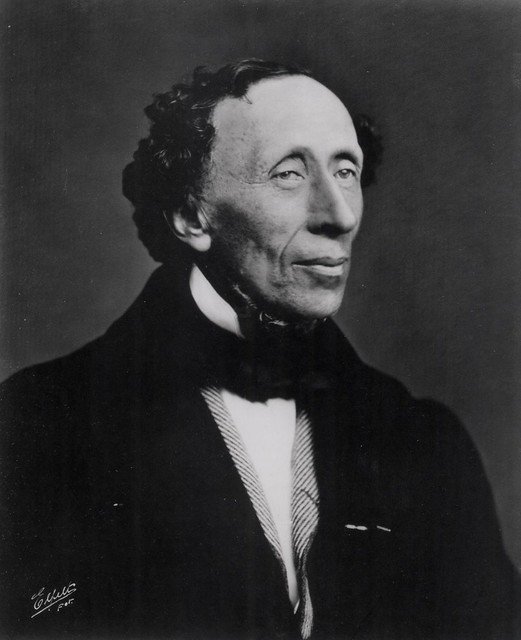 Today, H. C. Andersen is one of the world’s most famous fairy tale writer. In total, he has written 156 fairy tales and more realistic “stories”. The first one came out in a modest booklet in 1835 and was initially not very well received, but he gained popularity over time. If your kids enjoy listening to fairy-tales, check our suggestions for free audiobooks for childen. 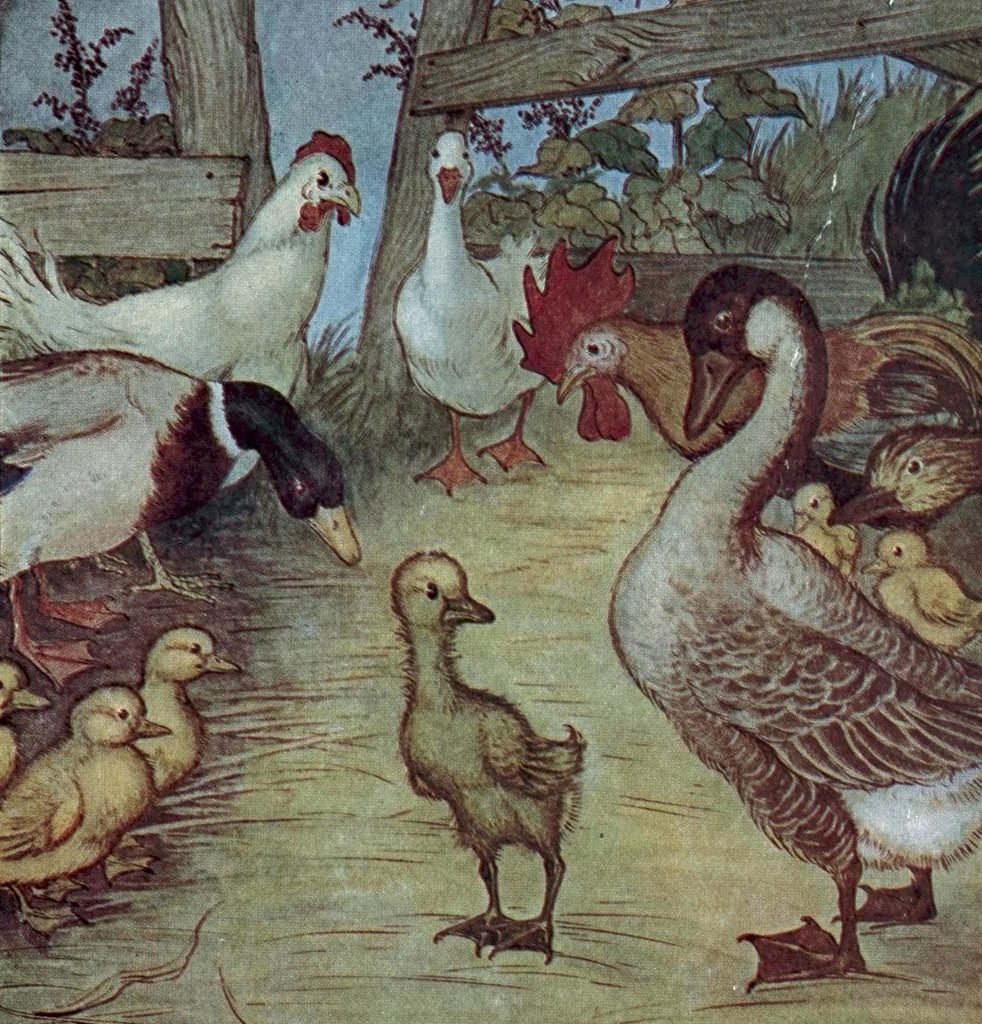 His best-loved fairy tales include “The Ugly Duckling,” “Thumbelina,” “The Red Shoes,” “The Princess on the Pea,” and “The Emperor’s New Clothes.

Professor Johannes Nørregaard Frandsen, Head of The Hans Christian Andersen Centre at the University of Southern Denmark, wrote this:

Do You Know Pippi Longstocking?

When Pippi Longstocking moves in next door to Tommy and Annika they are completely amazed by their new playmate. Pippi is cheeky, courageous and completely unpredictable. She lives alone with a monkey, a horse, and no rules whatsoever! Everything is fun with Pippi around! In this story she performs at the circus, uses her super strength to stop two robbers, and throws an unusual birthday party. 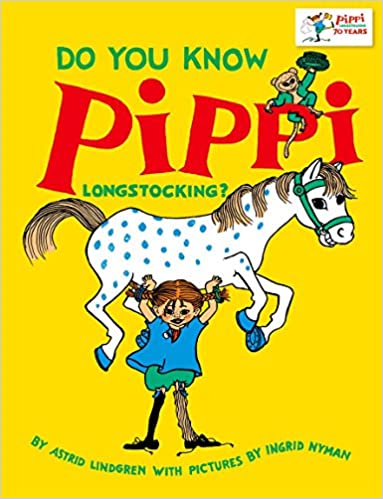 This beautiful edition of the children’s classic Pippi Longstocking is illustrated throughout with wonderful collage pictures from the award-winning Lauren Child. The contemporary design, imaginative layout of the text, and stunning illustrations from Lauren Child all add up to a perfect gift purchase. 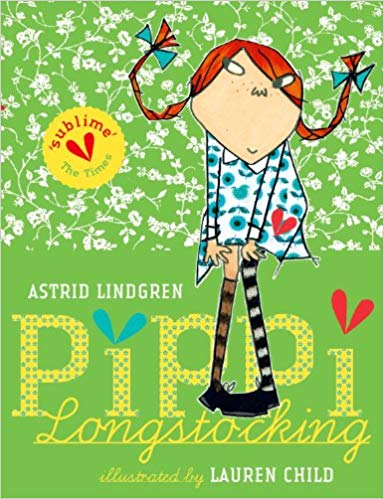 Ronja, the daughter of the robber chieftain, roams the forest but she must beware the grey dwarves and wild harpies. When she befriends Birk, the son of her father’s greatest enemy, it causes uproar. Ronia and Birk can no longer be friends . . . unless they do something drastic. Like running away . . . 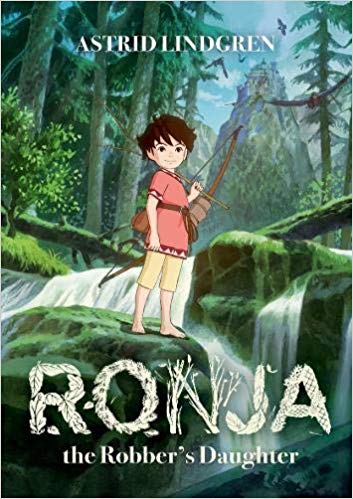 In case you didn’t know, the Moomins are kind, loyal and welcoming creatures with smooth round snouts, who live in a tall blue house shaped like an old stove in a valley in the forests of Finland. They love sunshine and sleep right through the winter, when the snow turns their house into a great snowball. In spring they wake up, clamber down the rope ladders hanging from their windows ready for fresh new adventures. 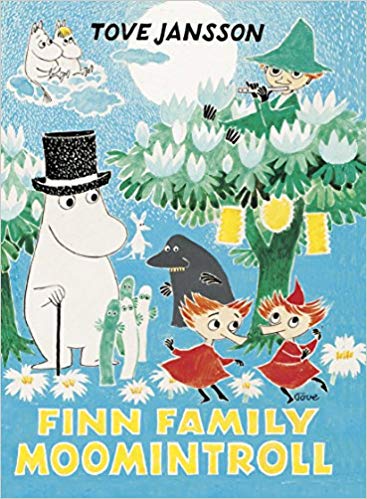 The enchanting comic strip that introduced adult readers to the wonderful world of Moomin Tove Jansson is revered around the world as one of the foremost children’s authors of the twentieth century for her illustrated chapter books regarding the magical worlds of her creation, the Moomins. The Moomins saw life in many forms but debuted to its biggest audience ever on the pages of the world’s largest newspaper, the London Evening News, in 1954. 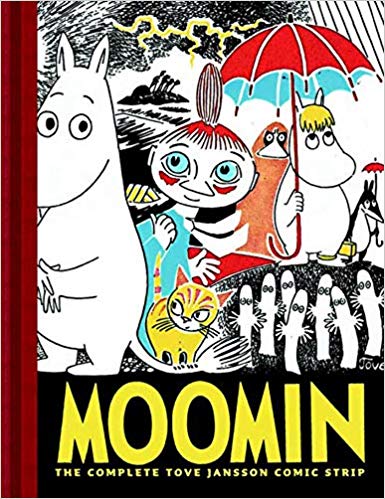 Norwegian Folktales of Asbjørnsen and Moe

The extraordinary folktales collected by Peter Christen Asbjornsen and Jorgen Moe began appearing in Norway in 1841. Over the next two decades the publication of subsequent editions under the title Norske folkeeventyr made the names Asbjornsen and Moe synonymous with Norwegian storytelling traditions. 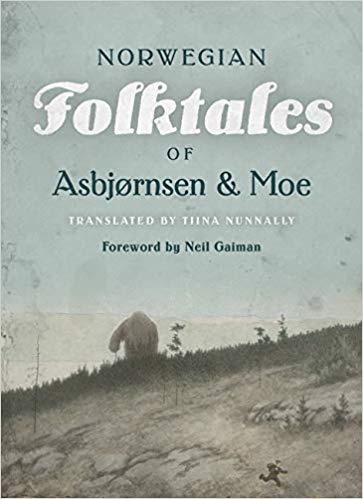 All the best-loved fairy tales of Hans Christian Andersen, including “The Ugly Duckling,” “Thumbelina,” “The Red Shoes,” “The Princess on the Pea,” and “The Emperor’s New Clothes,” fill the pages of this beautiful leather-bound collector’s edition. Also included is “The Tallow Candle” — one of the earliest stories written by Andersen. 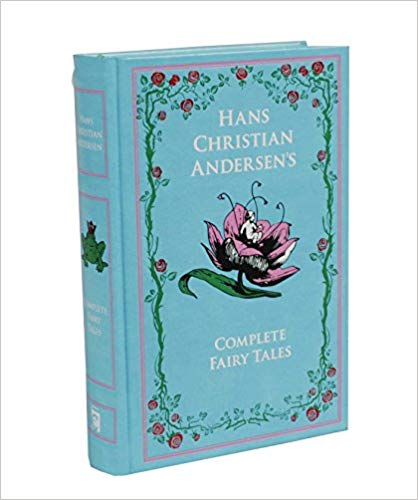 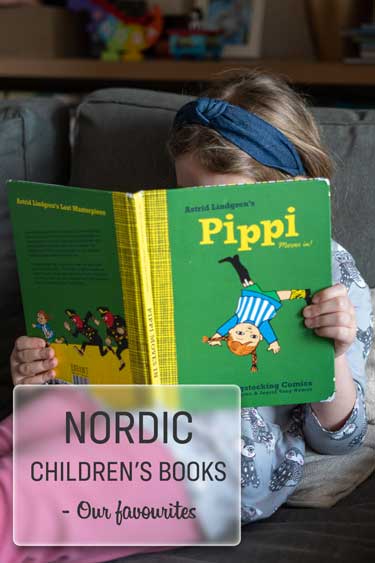 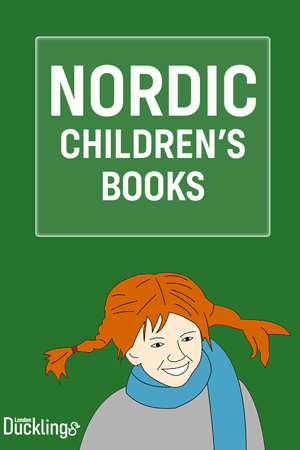 Also, don’t forget to check out our recommended 35 Scandinavian Places in London!

The 15 Best Family Movies on Netflix

Monopoly Board UK: A Love-Hate Relationship