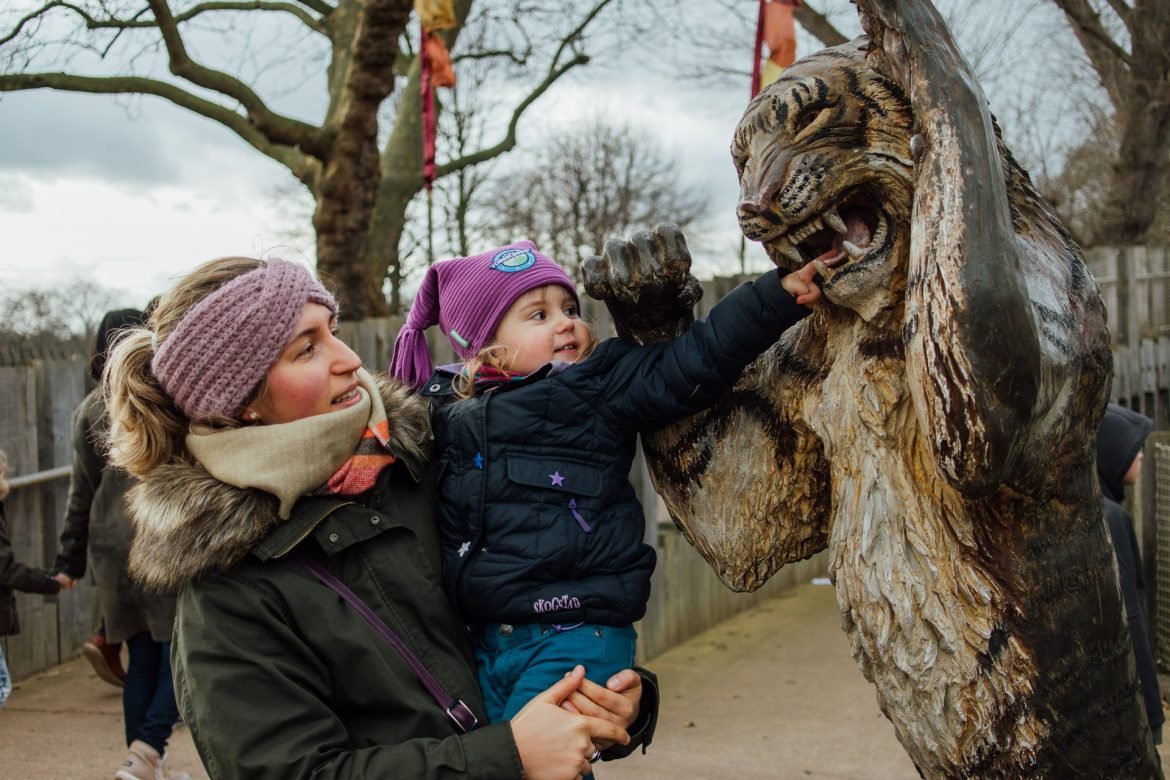 London Zoo is not just a tourist attraction featuring impressive animals, you’ll also get a real sense of their focus on conservation. From breeding endangered species like lions and tigers to conserving local eels in the Thames, London Zoo plays an important role in protecting animals and their natural habitats around the world.

Established in 1826 by Sir Stamford Raffles and Sir Humphrey Davy in Regent’s Park (in the heart of London), London Zoo is considered as the world’s oldest scientific zoo. The zoo was founded to be used as a place of scientific study. Here, in 36 acres (15 ha) area, you can find 755 different species of animals, which includes lions, camels, giraffes, penguins, tigers, monkeys, meerkats and many more.

The London Zoo was opened for the public in 1847. Keeping in mind the comfort of various species of animals, the ZSL London Zoo is divided into many different areas.

The most popular section of London Zoo when it comes to families with small kids is arguably the lovely Penguin Beach. The penguins are so playful and it’s fascinating for kids to watch them fly through the water a few centimetres away on the other side of the glass wall.

While some of the other animals in the zoo have a tendency to hide away from curious visitors, the penguins don’t mind all the attention while showing off their acrobatic swimming skills. There is plenty of space to view them swimming around lively, both below and above water. The kids always get excited by Penguin Beach so this is always our first stop to make sure we get started on the right foot. #

The Gorillas are also very high up on our list of priorities at London Zoo. First, a word of warning: When the gorillas don’t want to be seen, you won’t see them either 🙂 This could mean disappointed kids, so it’s all about managing expectations giving the kids a hint that some animals might be hiding away. Also, if it’s a really hot day, or wet and cold it’s less likely that you’ll see fewer animals out in the open.

The Gorilla Kingdom is home to the impressive western lowland gorillas. You can watch them from a viewing platform in their habitat consisting of a clearing, their own personal island, and an indoor gymnasium. In this area, you can also find black-and-white colobus monkeys, White-naped mangabeys, Nile Monitors, a variety of bird species and Diana monkey. The area is specially designed with plants and herbs that the gorillas can eat.

This is considered as one of the leading attraction of the London Zoo. Replacing three out-of-date enclosures, African bird safari was established in the year 2005 as re-development of the Stork and Ostrich House. The area is built around 51 metres (167 ft) long and 10 metres (33 ft) high areas, which includes a bridge over a stream and high trees. While walking around the area you can find various species of birds like Abdim’s stork, superb starlings, Von der Decken’s hornbills, Madagascar teals, Blue-bellied roller and Lilac-breasted roller.

In this part of London Zoo, you can find animals like Aardvarks, Red Pandas, Coatis, Yellow Mongooses, Prairie Dogs, Meerkats and Porcupines.

The Aquarium of London Zoo was the first aquarium of the world, which was established in the year 1853. This is separated into three halls, where different types of fishes are kept. Here, in the first hall you can find fishes such as Rudd, European Eels, Spiny Starfish, Pink Sea Fans and Seahorses. The second hall hosts coral reef habitat with tropical species like Copper Band Butterfly Fish and Clownfish. Where as, in the third hall you can find various kinds of Amazon fishes like Electric Eels, Glass Knife Fish, Lungfish and Stingray.

The Blackburn Pavilion is considered as one of the leading attraction of London Zoo, where you can find different species of birds like Toucans, Starlings, Kookaburras, Lovebirds, and Hummingbirds. Here, you can also find the Socorro Dove, which is in danger of extinction.

Giants of the Galapagos

In the London Zoo, there is a separate establishment for the Galapagos Tortoise.

It has a high level screening display place to bring the public face-to-face with the giraffes, Zebras, African hunting dogs, warthog, okapi and Chapman’s zebras.

Alexandra Palace Playground Reviewed – Is It Any...

Camden Market in London – Get Your Goth...

Places to see animals in london