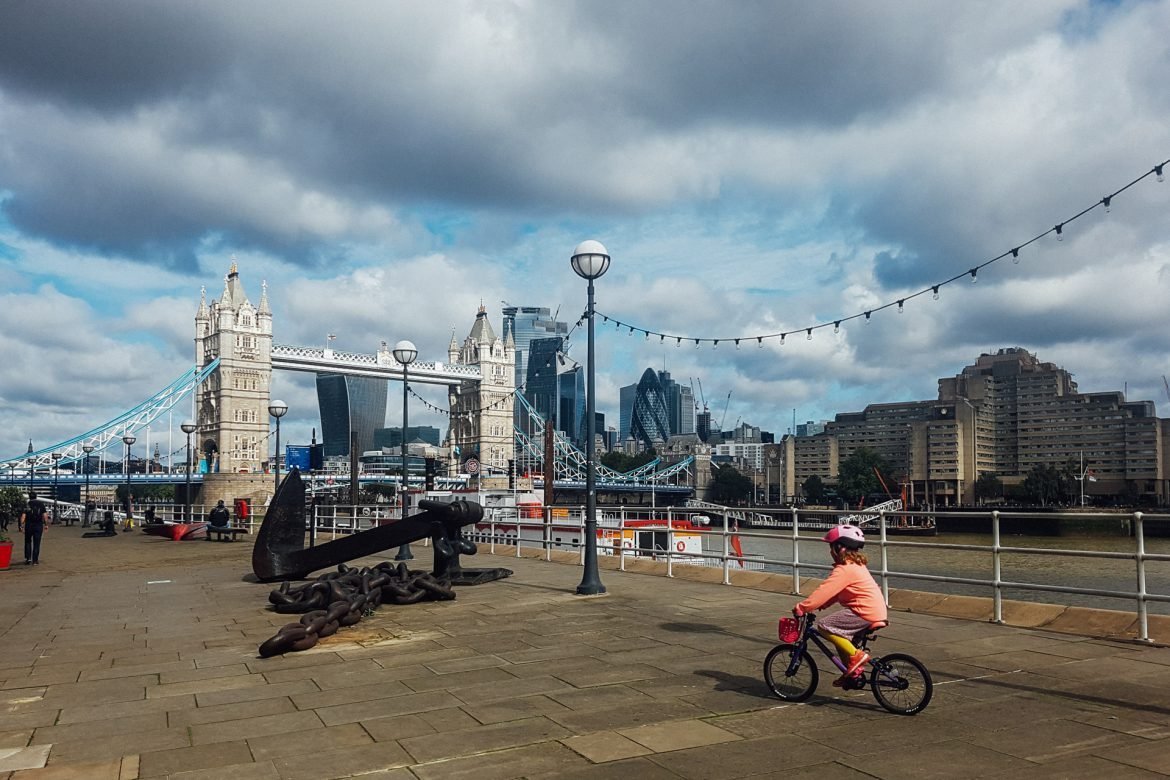 Plan a Family Cycling Trip along the Thames Path

The Thames Path from Tower Bridge to North Greenwich is one of our favourite parts of London. Whether walking, running, scooting or cycling we enjoy the path all year long. For families with younger kids not yet confident in traffic, this is the perfect place to start taking family bike rides in Central London.

Even if London has become safer for cyclists in recent years with more and more cycle highways being built, it’s still a risky business to venture into traffic on bike with young kids. Even if our six-year-old daughter is starting to become really confident after cycling for a year, we still try to avoid cycling along roads with traffic. That’s why it’s so great to have the Thames path where you are shielded from traffic most of the way.

We always start out from where we live in Rotherhithe and either go towards Greenwich or Central London. As for this post, we focus on the Southbank path from Tower Bridge to Surrey Docks Farm.

This is the most scenic part of the route, with great views of Tower Bridge with London’s skyline in the background. The first part is taking you along historical warehouses in the area called Shad Thames. Using riverboats, this is where the big sail ships used to load and unload their cargo in Victorian times. The area still feels very authentic with cobbelstone streets and well kept original buildings crisscrossed by overhead goods gantries. On some of the buildings, you can still see the signs of what they used to store, such as the cardamon building.

Residential areas and local watering holes along the Thames Path

Moving on towards Bermondsey leaving busy London behind, you will get surprised how all of a sudden everything becomes a lot calmer. From here on until Greenwich, you’ll pass mostly residential areas but with several interesting attractions along the way.

After a short ride, you will pass the Brunel Museum and the Mayflower pub. The Brunel Museum is more of a small exhibition, but the underground hall is really impressive. This is where the Thames Tunnel opened in 1843 and is the birthplace of the world’s first underground metro system. The Mayflower pub, named after the famous ship arriving in New England is popular and atmospheric. It’s usually really hard to get a table.

The next best opportunity for a pitstop along the Thames is the Salt Quays. This is one of the few places to have a meal with a view of the Thames on this stretch. Here you have a lot more space than the Mayflower, and much better chances to find a table. For the best food, we would probably wait until you get to Surrey Docks farm where you’ll also find The Ship and Whale. Surrey Docks Farm is a really nice community farm recently upgraded and is definitely worth a stop with young kids in tow.

Getting to the Thames Path 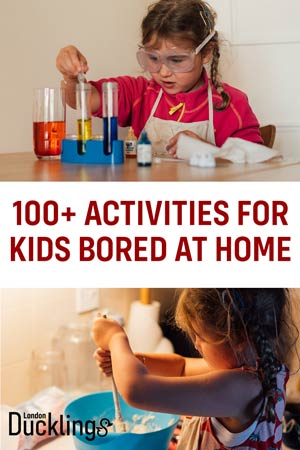