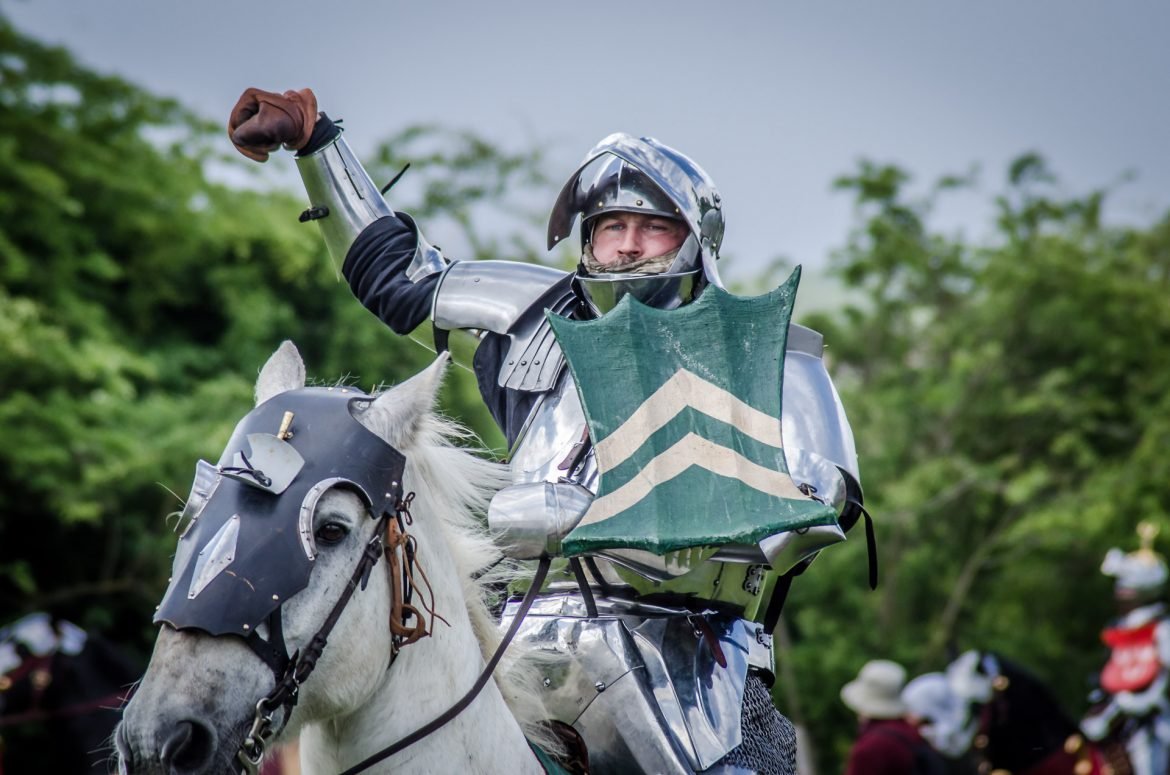 Knight getting ready for jousting at Eltham Palace and Gardens
Activities

Eltham Palace and Gardens in South East London include the 19 acres of stunning gardens, including the rockery and sunken rose garden. Eltham Palace was a royal residence from the 14th to 16th Century and the childhood home of Henry VIII.

Eltham Palace was perhaps the most important place that shaped Henry VIII during his childhood. He grew as a “spare” and not the heir which meant he got a lot less formal upbringing than his older brother and could spend more time with his mother enjoying life around Eltham, Greenwich and the Thames. Later as King, Henry continued to visit Eltham and invested in new buildings on the palace grounds. Eventually, the palace fell into decline and the only building left today is the great hall which was even used as a cattle barn before the Courtauld family started restoring it in the 1930s.

We always try to attend the medieval jousting event which is usually being organised every June on the meadow behind Eltham Palace. Not only is it very entertaining for the whole family, but it’s also a nice way for children to learn about Tudor and medieval history. Check the English Heritage webpage for child-friendly events taking place.

In 1933 Sir Stephen and Lady Courtauld gained the property’s lease and began renovating the property in the glamorous Art Deco style of the time, ensuring this attraction’s blend of medieval history and Edwardian chic. They incorporated what remained into the design and a 15th-century bridge still allows visitors to cross the moat.

Something curious about the palace is the presence of escape tunnels which go from the palace grounds to various points around the neighbouring area; remnants of at least three such tunnels have been discovered. Just like Wellington Arch, Apsley House and Charles Darwin’s home, Eltham Palace is run by English Heritage.

Kids Games That Are Both Educational AND Entertaining