East London: Gritty and Real Amongst Markets and City Farms

East London is home to some of the coolest and most authentic experiences for kids in London. Ranging from colourful markets like Brick Lane and Columbia Flower Market to charming City Farms, there is something for everyone! 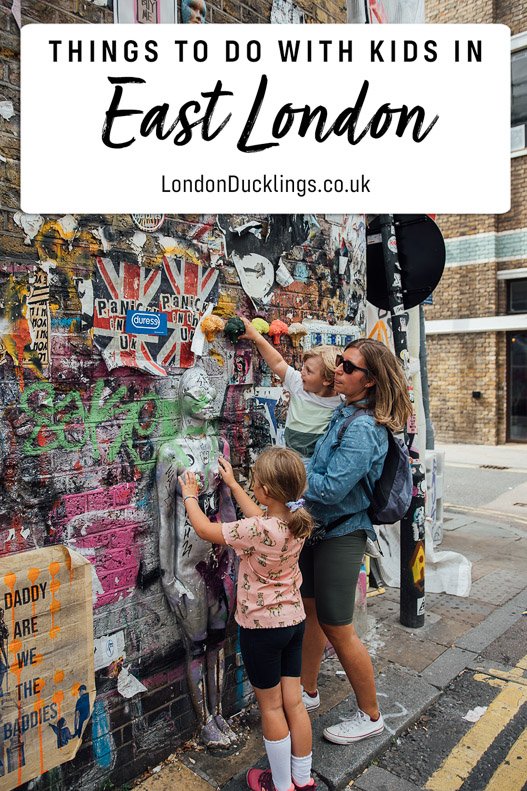 From Whitechapel to Stoke Newington, and further East to Victoria Park, Hackney Wick and now Stratford, East London has been running the show for decades. You live in London because it’s weird. Well, there are other reasons, like jobs and access to embassies and stuff. But what makes London special is that there are things happening here that just don’t happen anywhere else in the world. And it’s all happening East.

East End of London is actually a smaller area within East London, limited by the City of London in the west and River Lea in the east. Among many other things, East End is famous for Sunday markets, street-art, hipster-bars and of course the world-famous tv-series EastEnders. It’s a great area to explore with school-age children and teenagers enjoying the vibrant but laidback vibe on Sundays when the markets are open!

From Bombsites to Vibrant City Farms

We like the down-to-earth city farms scattered around East London, like Mudchute farm on Isle of Dogs. These are very unique places that were created from the wasteland and bombsites after World War II.  You’ll also find plenty of green space to enjoy in East like Weavers Fields and Wanstead Park. 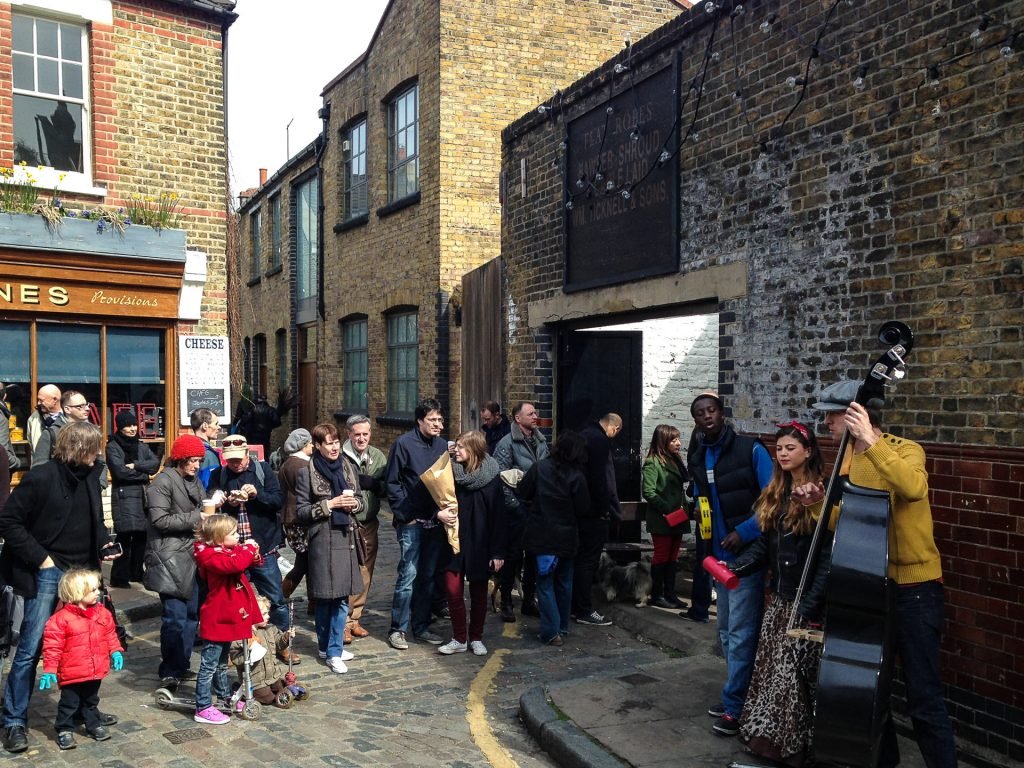 London’s Sunday markets, like Columbia Road Flower Market, are oozing of old school charm. Walking through Brick Lane and the Truman Brewery on a Sunday makes you feel like you’re in the middle of the world, right in the action. People in various forms of unintentional fancy dress, inappropriately thick jumpers coupled with the shortest of shorts, say you’re in a part of the world where you can get on with the business of not taking yourself too seriously and getting loose, as they say in Australia.

Further East, around Queen Elizabeth Park in Stratford a modern edition of East London is on the rise. Since the build-up to the 2012 London Olympics, this area of the city has seen an incredible transformation with more and more activities accessible to East Londoners. London’s Olympic swimming pool, the Aquatics Centre is a good example of this, with different levels and a splash pool for young kids.

Also around the Olympic Park, you’ll find the Pleasure Gardens Playground with lots of fun and challenging climbing equipment. Downtown Stratford High Street, the Discover Children’s Story Centre has become a really popular place for families with young kids. The centre hosts interactive theatre shows for families where they can take an active part in the stories sparking children’s imagination and interest for books.

When Victoria Park was opened to the public in 1845 it provided greenery for the cramped, impoverished working-class slum areas of the East End. The …

6 Popular Activities for Kids at Rainham Marshes in East London

Enjoy a Day Out at East London’s Newham City Farm

Museum of Docklands’ Mudlark Gallery is Just Perfect for Toddlers