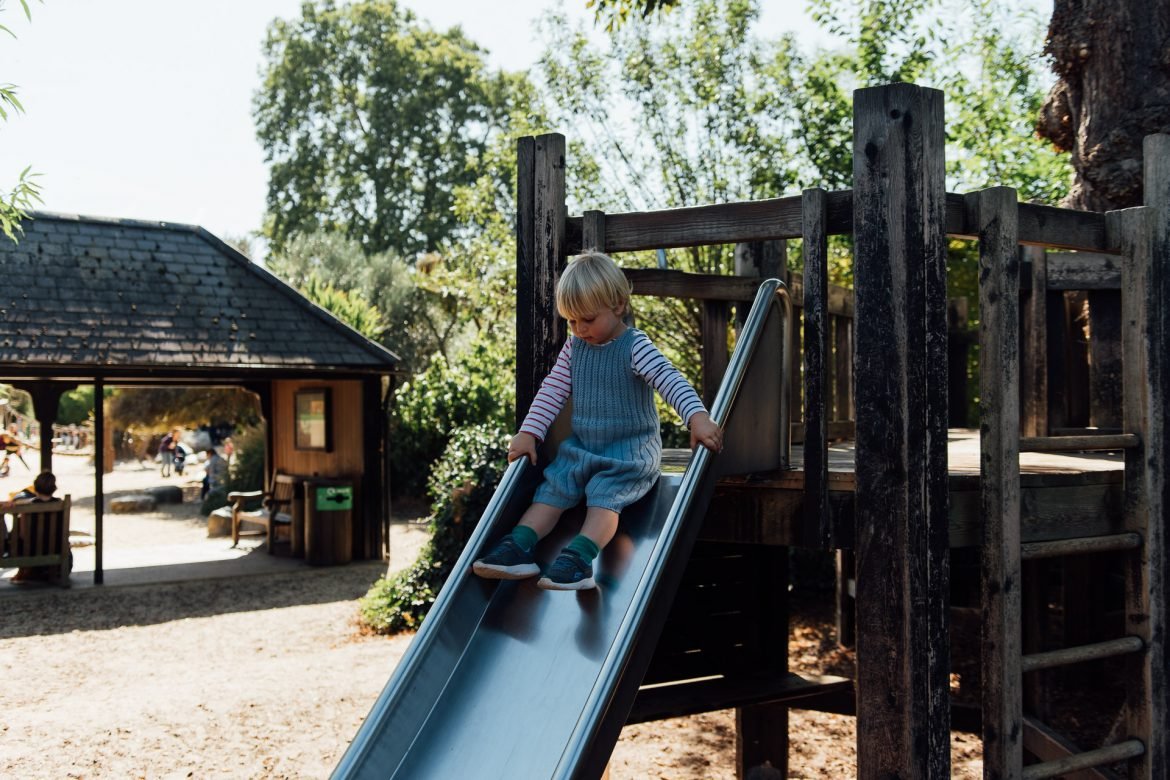 Enjoying a day out on the slides

Coram’s Fields is definitely a park where children are in focus; no adults are allowed to enter without arriving with a child! The park located in Bloomsbury was once the site of the Foundling Hospital established by Captain Thomas Coram in 1739 to care for the unwanted and discarded children of London.

When the Foundling Hospital was moved out of London in 1920, the area was intended to be redeveloped. The hospital building was demolished and the only remaining structures were the single-storey Georgian collonaded structures that you can see there today.

However, the local population had something else in mind and an enormous fundraising effort led to the establishment of a park here in 1936. This playground was the first public playground for children in London and is still very popular among local families. Children love parks and running around outdoors is sometimes just about the best fun of all for both parent and child.

A park with children in focus

Coram’s Fields is one of those very special places that makes everyone wish they were a child again. The park stretches out over five acres of varied terrain, and it has just about every amenity a child could want. There is a playground with a flying fox and other slides, sandpits for endless digging and erecting of sandcastles, and a paddling pool and duck pond. There are many pleasant expanses of open grassy areas perfect for free play or family picnics.

Coram’s Fields also has a full-sized football pitch as well as 4 half-sized pitches. There is also a stickball field and a basketball court. For children who love animals, this wonderful adventure playground has a pets corner with ducks, chickens, goats, sheep, and other animals to cuddle and feed.

Top Things to do With Kids in Kew Gardens