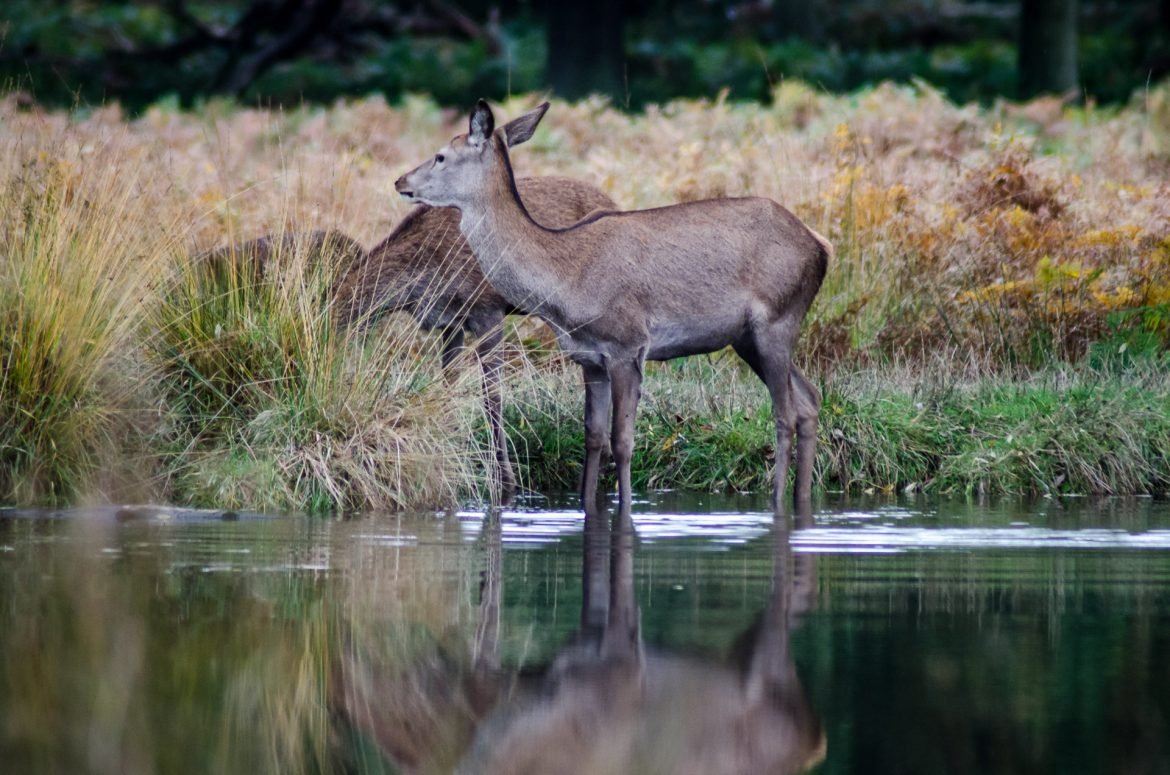 Originally, three different parks were enclosed to separate them from the surrounding agricultural land. They were Bushy Park, Middle Park and Hare Warren plus Home Park at Hampton Court Palace. In 1529, when Henry VIII obtained Hampton Court from Cardinal Wolsey, he modified the parks, turning Home Park and Bushy Park into a deer park in which he hunted.

A magnificent avenue lined with lime trees was established in 1622. Later in the 20th century, it was renamed in the form of Chestnut Avenue when a row of chestnuts was added. Its length is more than a mile. Sir Christopher Wren thought the avenue to be an elegant route towards William and Mary’s home at Hampton Court.

Charles I, who loved water features, built the waterway referred to by the name of Longford River. It is 19-kilometres of canal constructed manually in 1639 and lasted nine months, at the cost of a whopping PS4,000. It is referred to as ‘the King’s gigantic hose pipe that flows through the ground, the water runs along its gentle route through open meadows and grasslands starting from the Diana fountain.

Although it was recently attributed to one master of the 17th-century bronzes, Hubert Le Sueur, the fountain was initially named Arethusa, named after the nymph from Ovid’s Metamorphoses’ poem, Diana saved. Charles, I had the fountain created for his queen, Henrietta Maria. But it wasn’t until 1713 when it was put in its current place on a highly worn-out plinth designed by Sir Christopher Wren. It was the central feature of Wren’s elaborate park plan and is accessible from the magnificent Chestnut Avenue.

In 1713, the distinction between the different parks ended, and the whole area in the northern part of Hampton Court became Bushy Park as we know it today.

The Diana Fountain in Bushy Park represents the Greek Goddess Diana, patron of hunters (not related to Princess Diana or her Memorial Fountain in Hyde Park).

Things to do in Bushy Park with Kids

Close to the Diana fountain, you’ll find the children’s playground. The recommended age is up to 12 years old, but mostly suitable for young children with traditional play equipment like slides, swings and a sandpit. If you want to check out an even better playground, the Magic Garden at Hampton Court is not far away.

While walking around in the woodlands we often use Google Lens to identify plants and trees with the kids. This makes the experience a bit more interesting, and we all get to learn something from it as well!

The areas around Heron Pond and Woodland Gardens are particularly nice, and look out for Red and Fallow deer. Like you’ll notice on signs around the park, you are not allowed to feed the animals, either the deer or the ducks.

What age is Greenwich Park Playground best for?