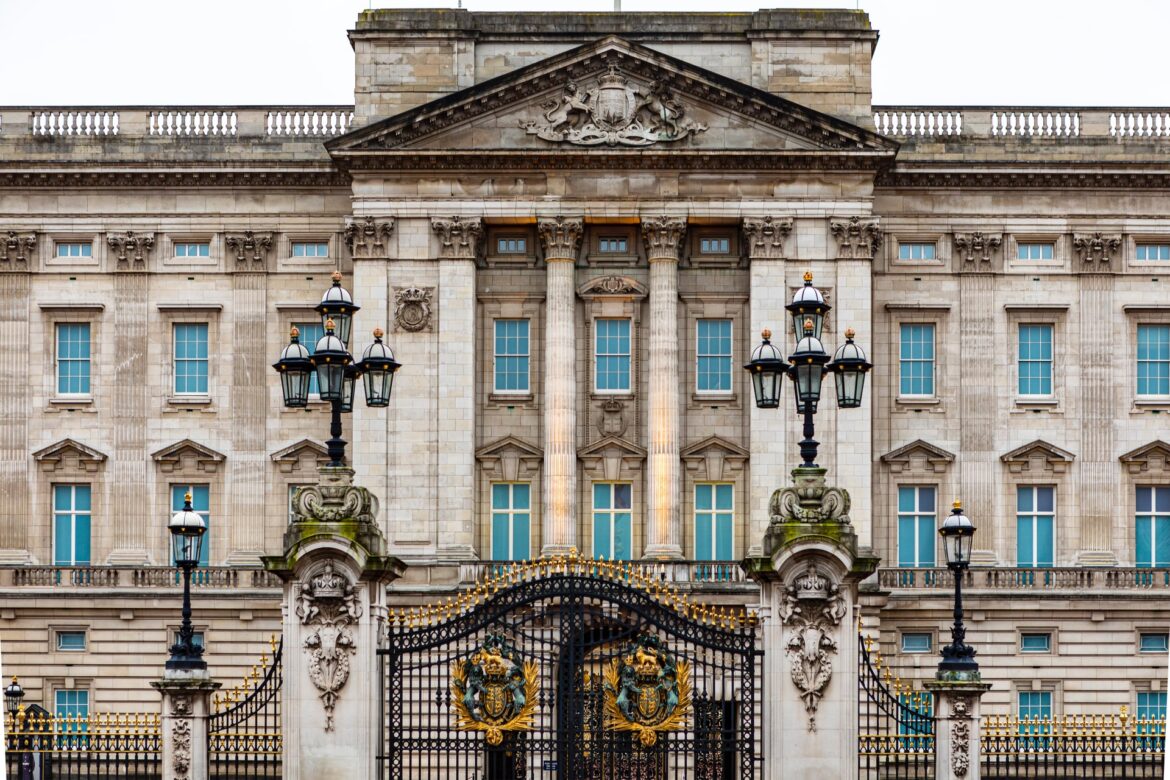 Buckingham Palace – All you need to know

Buckingham Palace is a place where, on most days, people can be found with faces pressed eagerly against the imposing railings in something resembling awe. It’s almost as if the other side of the railings held some sort of a fairy-tale for us, taking us out of our ordinary lives.

Is it the nostalgia? The sight of the Buckingham Palace guards, resplendent in their crimson and gold and moving around at regular intervals like the clockwork toys many of us played with as children?

Is it the fantasy of catching a glimpse of the privilege that exists beyond the walls of Buckingham Palace? The privilege afforded to individuals who, like us, were born and will die ordinary mortals but who will live their lives surrounded by the wealth and advantages that only exists in fairy-tale?

A place for both rejoicing and crisis

Surely these are not trappings of life that exist in the real world…. are they?

It’s perhaps something of an irony that Buckingham Palace, a place where mere mortals can only hope to press their faces against the railings or, at best buy an entry ticket, has been a rallying point for the British people at times of national rejoicing and, indeed, crisis.

Even today, TV documentaries invariably repeat the historic television shots of 100,000 people filling The Mall, the long road leading to Buckingham Palace, and pressing against the Palace railings in celebration of the end of the second world war as the British King and Queen and their young children waived gaily from the Buckingham Palace balcony high overhead.

Or consider the outpouring of grief after the death of Diana, Princess of Wales, the pungent carpet of flowers lay against and spread out from the ornate Buckingham Palace railings for an acre or so and holding back the respectful, tearful human tide.

Her Majesty’s residence in London

Located in the City of Westminster, along The Mall, Buckingham Palace is the primary residence of the British Queen, more properly called Her Majesty the Queen of the United Kingdom and Northern Ireland (plus the 16 Commonwealth states – yes but I don’t have the room!!).
As such, Buckingham Palace is a setting for many state occasions and royal hospitality. Glitz, glamour and glorious indulgence, an ambiguity perhaps in these ‘belt-tightening’ times.

Buckingham Palace is also one of the major United Kingdom and London tourist attractions, one of the most popular things to do in London, and places to visit in London.

A place where most visitors will forever be outside looking in. But somehow, Buckingham Palace offers a sense of security, something solid and reliable in these times of certainty.

The colourful Royal Standard fluttering reassuringly in the breeze above Buckingham Palace tells us that Her Royal Majesty is in residence.
are they real?

Perhaps that’s why London’s visitors will continue to peer intently beyond those ornate Buckingham Palace railings seeking a glimpse of the life beyond those formidable walls.

…. Hang on a moment, did I just see those curtains twitch?

When is a Palace not a Palace?

The building which forms the core of today’s Buckingham Palace was a large London townhouse built for the Duke of Buckingham in 1703. The palace was acquired by George III in 1761 as a private residence and became known as “The Queen’s House”.

The ‘house’, in the west end of London, was enlarged over the next 75 years, principally by architects John Nash and Edward Blore, three wings being formed around a central courtyard.

The house finally became Buckingham Palace, the official royal palace of the British monarch, on the accession of Queen Victoria in 1837.

At the time, the Buckingham Palace state rooms were a riot of gilt and colour in the best Victorian traditions. However, the facilities of Buckingham Palace were somewhat less luxurious. It was rumoured, for example, that the chimneys in Buckingham Palace smoked so much that the fires had to be put out, leaving their royal majesties to shiver in icy magnificence.

Ventilation was so bad that the interior smelled, and when gas lamps were installed, there was a serious worry about the build-up of gas on the lower floors. The Buckingham Palace staff were lax and incompetent, and the palace was not kept clean.

Following the Queen’s marriage in 1840, her husband, Prince Albert, totally and quickly reorganised the Buckingham Palace household offices and staff and sorted out many of the palace’s design faults.

By 1847, the couple had found Buckingham Palace too small for court life and their growing family, and so, a new wing, designed by Edward Blore, was built by Thomas Cubitt enclosing the central quadrangle.

The large East Front-facing The Mall is today the “public face” of Buckingham Palace and has the balcony from which the Royal Family acknowledge the crowds on momentous occasions and annually after the Trooping the Colour ceremony.

Before Prince Albert’s death, the palace was often the scene of musical entertainment and the greatest contemporary musicians entertained at Buckingham Palace including Mendelssohn and Strauss.

The Queen leaving Buckingham Palace behind

Widowed in 1861, the grief-stricken Queen Victoria withdrew from public life and left Buckingham Palace to live at Windsor Castle, Balmoral Castle, and Osborne House. For many years Buckingham Palace was seldom used, and even neglected.

Eventually, public opinion forced Queen Victoria to return to London though, even then, she preferred to live elsewhere whenever possible. Court functions were still held at Windsor Castle rather than at the palace, presided over by the sombre Queen Victoria habitually dressed in mourning black.

The unloved Buckingham Palace remained shuttered for most of the year.

The Buckingham Palace state rooms today form the nucleus of the working palace and are used regularly by Queen Elizabeth II and members of the royal family for official and state entertaining.

Buckingham Palace is one of the world’s most familiar buildings and more than 50,000 people visit the palace each year as guests to banquets, lunches, dinners, receptions, and royal garden parties.

50,000 is an awful lot of people. But Buckingham Palace is a major London tourist attraction and one of the most popular places to visit in London.

So today, many more stand outside with faces eagerly pressed against the Buckingham Palace railings, outside looking in.

In our ordinary lives, many of us must wonder about the fairy tale that, in our minds at least, has taken place and indeed goes on today, inside those ornate gates and behind those royal walls.

If only, if only…. many of us must think as we turn away from the majesty of Buckingham Palace and head off to catch the tube!

Things to do in London with Kids –...