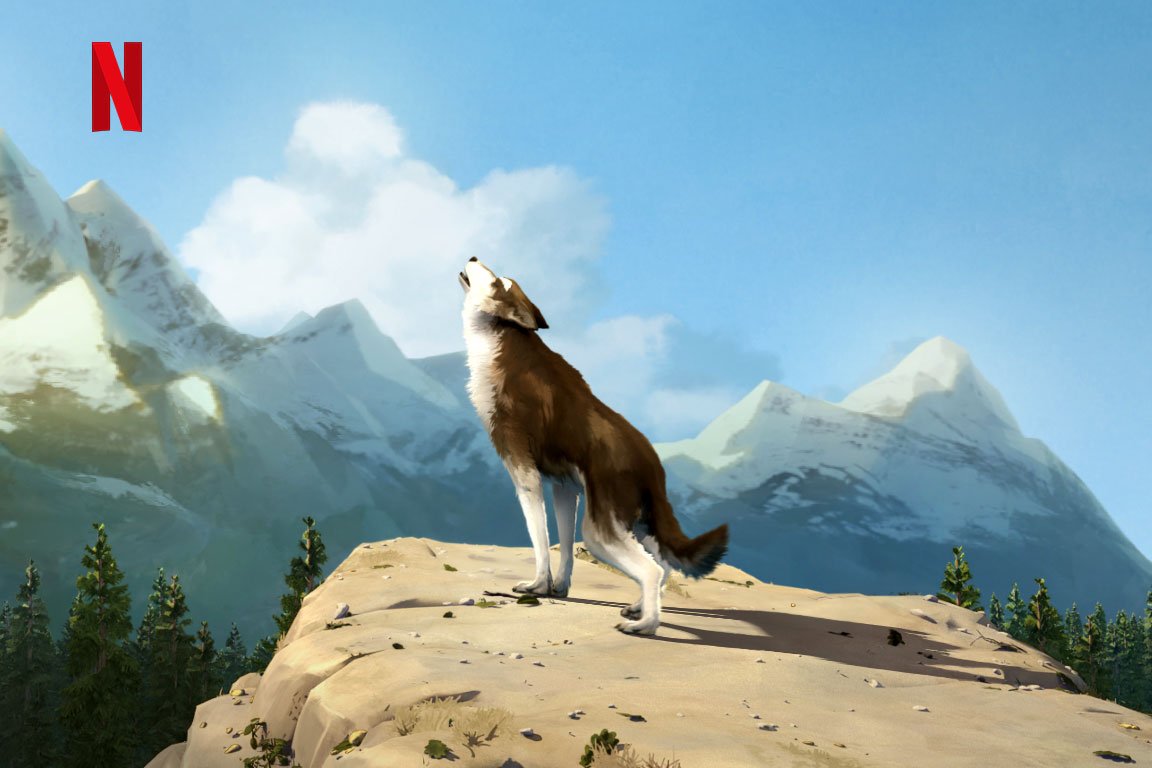 The 15 Best Family Movies on Netflix

We have listed the 15 best family movies on Netflix right now! Check our suggestions and get the popcorn ready for a great family movie night! 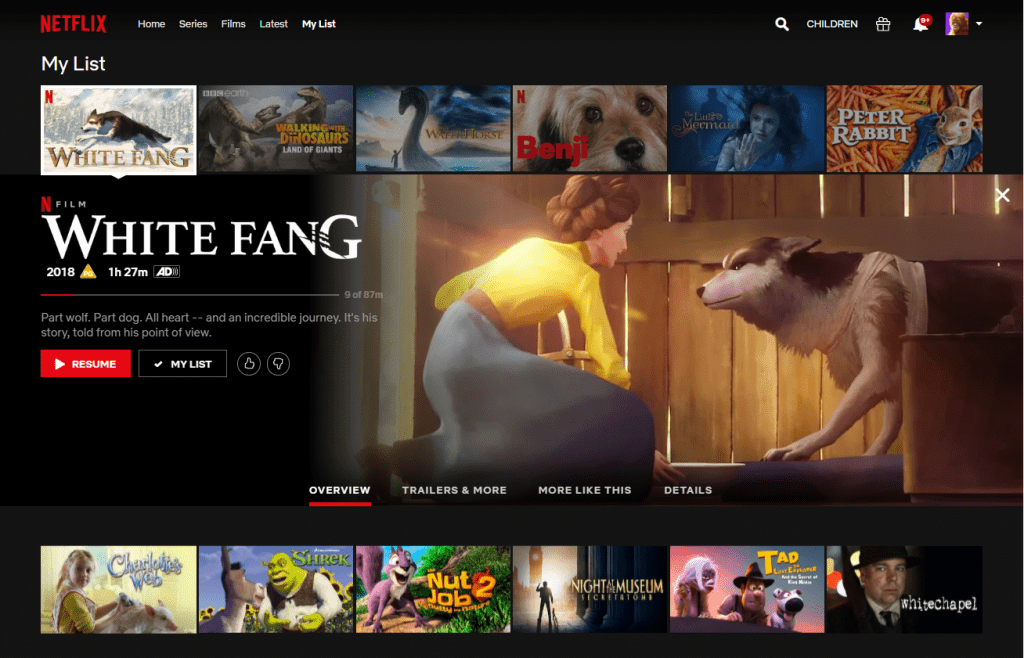 We prefer creating family movie nights rather than allowing endlessly binge-watching series on autoplay. In the list below you’ll find some great classics as well as more recently released movies. We feel it’s essential for the kids to have at least one parent watching the movie together with them, sharing the moments afterwards and talking about the scenes. In this way, you can also try to link some of the themes you are covering during homeschooling with the movie content. We think movies are a great way to spark kids interest in new topics, especially when it comes to science and history. If the movie is based on a book, it’s an excellent opportunity to go to the local library and search for books by the same author.

Netflix has taken steps to make it easier to find good movies, such as the top 10 list within each category. But it can still be very confusing browsing their vast database, which is why we often rely on other blogs and sites for Netflix recommendations. It can almost seem like Netflix is more focused on personalisation through machine learning, rather than making it easier for the user to browse the content and decide on their own. We find Amazon prime to be even more confusing by the way and often end up cross-referencing the IMDB database to check the ratings.

Netflix slowing down during coronavirus

To avoid the internet from collapsing under the enormous strain of data usage during the coronavirus pandemic, Netflix has decided to reduce streaming quality in Europe. Over 60% of data usage on the internet stems from video streaming, and European Union officials have been urging streaming platforms to take action. Kin K. Leung, professor of internet technology at Imperial College London commented that everyone should be a bit more conscious about the demand placed on the internet to ease the overload. Which is another reason to create a special movie night rather than binge-watching series hours after hour

Netflix Party: Have a movie night while respecting social distancing 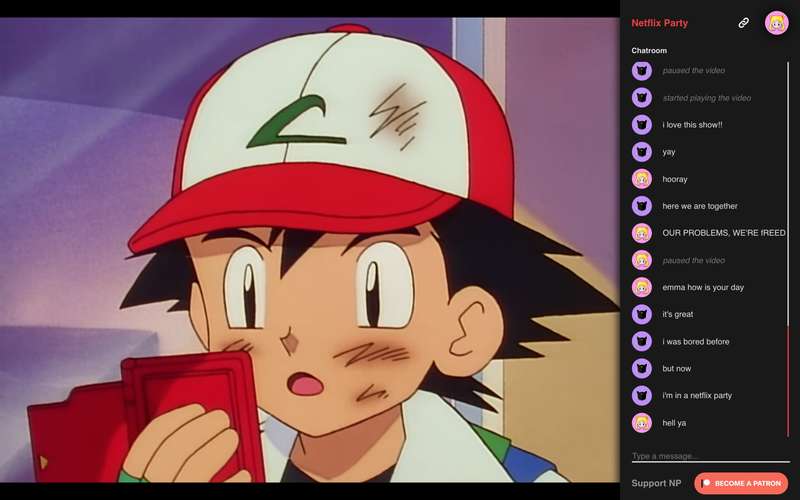 While the world is practising social distancing, Netflix came up with a solution to watch movies online with your friends. Netflix Party is a simple-to-use extension that enables people to watch movies while chatting in real-time with each other. Here is how it works: 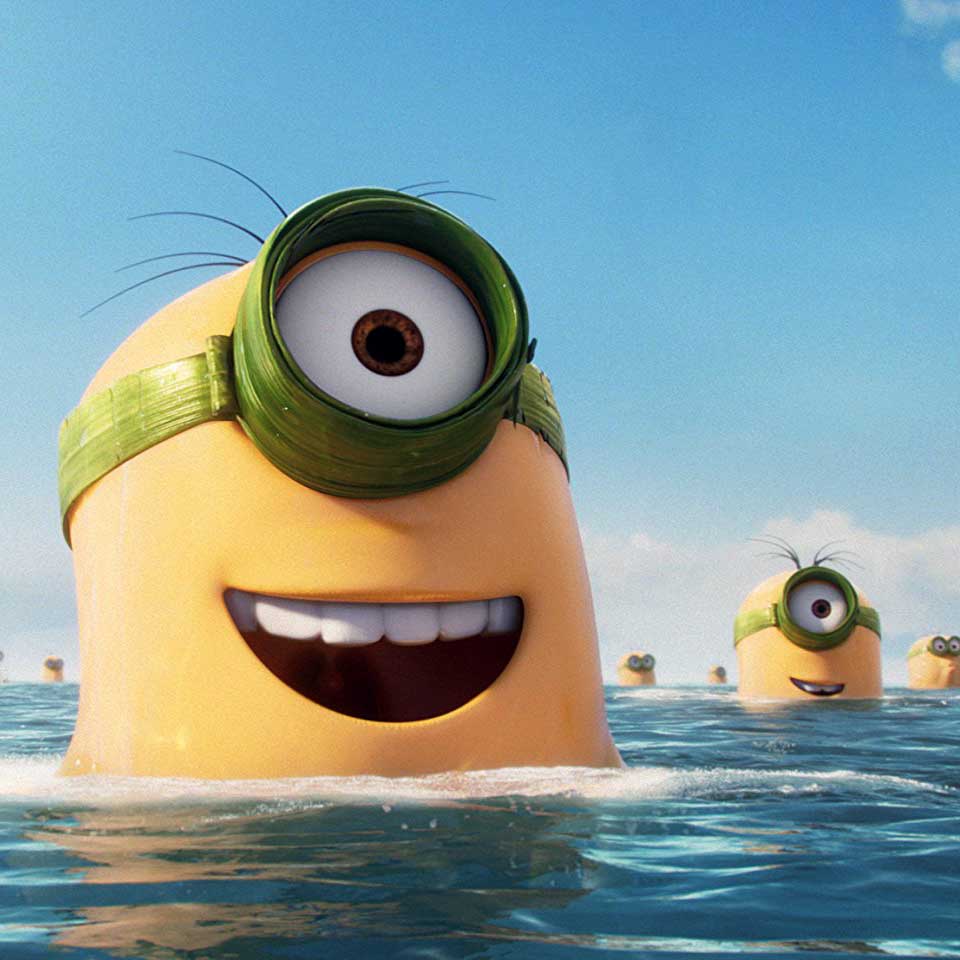 Ever since the dawn of time, the Minions have lived to serve the most despicable of masters. From the T-Rex to Napoleon, the easily distracted tribe has helped the biggest and the baddest of villains. Now, join protective leader Kevin, teenage rebel Stuart, and lovable little Bob on a global road trip. They’ll earn a shot to work for a new boss, the world’s first female supervillain, and try to save all of Minionkind from annihilation. 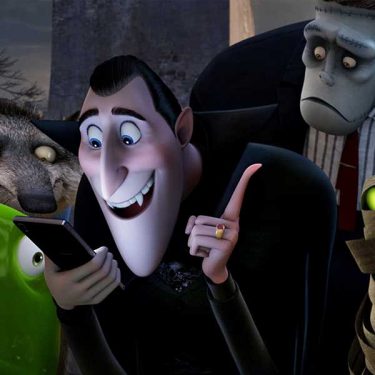 Everything seems to be changing for the better at Hotel Transylvania… Dracula’s rigid monster-only hotel policy has finally relaxed, opening up its doors to human guests. But behind closed coffins, Drac is worried that his adorable half-human, half-vampire grandson, Dennis, isn’t showing signs of being a vampire. 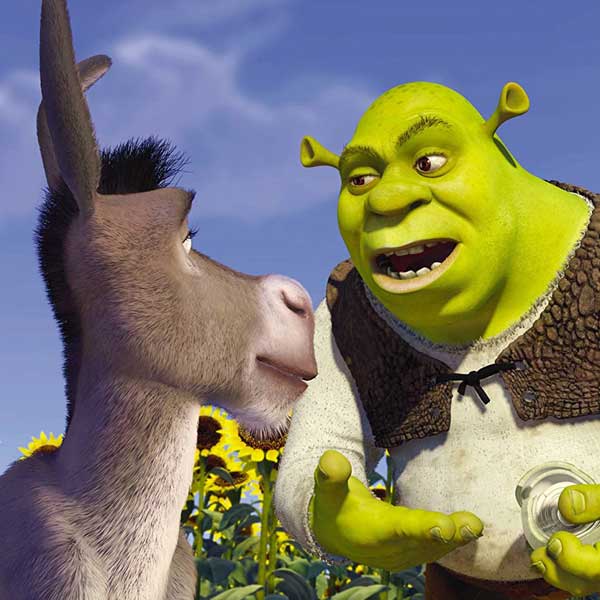 When a green ogre named Shrek discovers his swamp has been ‘swamped’ with all sorts of fairytale creatures by the scheming Lord Farquaad, Shrek sets out with a very loud donkey by his side to ‘persuade’ Farquaad to give Shrek his swamp back. Instead, a deal is made. Farquaad, who wants to become the King, sends Shrek to rescue Princess Fiona, who is awaiting her true love in a tower guarded by a fire-breathing dragon. 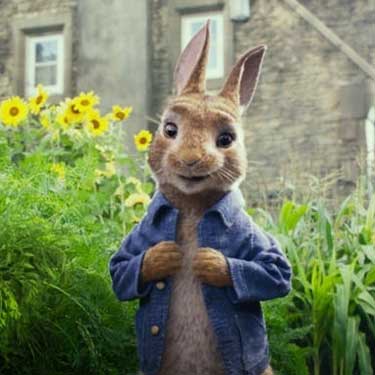 Peter Rabbit, his three sisters: Flopsy, Mopsy and Cotton Tail and their cousin Benjamin enjoy their days harassing Mr McGregor in his vegetable garden. Until one day he dies and no one can stop them roaming across his house and lands for a full day or so. However, when one of Mr McGregor’s relatives inherits the house and goes to check it out, he finds much more than he bargained for. What ensues, is a battle of wills between the new Mr McGregor and the rabbits. 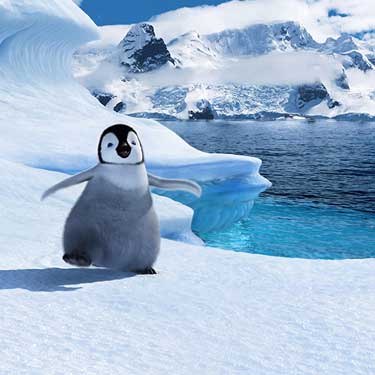 This is the story of a little penguin named Mumble who has a terrible singing voice and later discovers he has no Heartsong. However, Mumble has an astute talent for something that none of the penguins had ever seen before: tap dancing. Though Mumble’s mom, Norma Jean, thinks this little habit is cute, his dad, Memphis, says it “just ain’t penguin.” 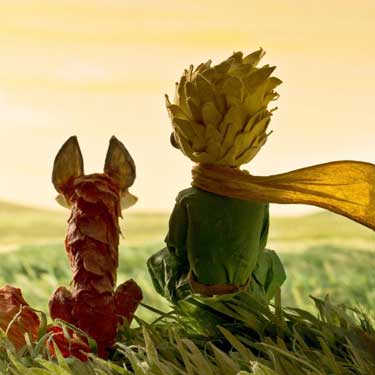 At the heart of it all is The Little Girl, who’s being prepared by her mother for the very grown-up world in which they live – only to be interrupted by her eccentric, kind-hearted neighbor, The Aviator. The Aviator introduces his new friend to an extraordinary world where anything is possible. A world that he himself was initiated into long ago by The Little Prince. It’s here that The Little Girl’s magical and emotional journey into her own imagination begins. 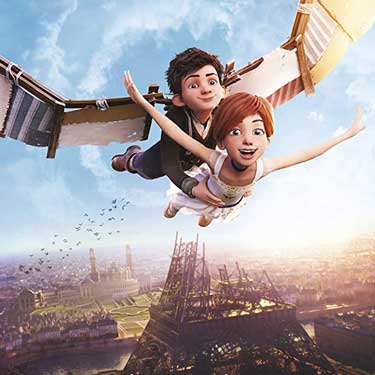 In the 1880s, Félicie, a poor orphan girl who dreams of becoming a ballerina, but lacks formal training, runs away from her orphanage in rural Brittany with her best friend, Victor, a young inventor. Together they go to beautiful Paris, but they soon become separated, and Victor becomes an office boy in Gustave Eiffel’s workshop. Ballerina is one of the best family movies to watch on Netflix right now! 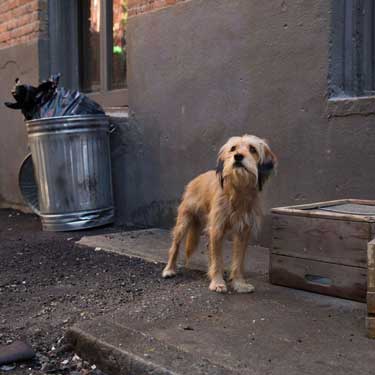 Two school kids strike up a friendship with an orphaned puppy named Benji. When danger befalls them and they end up kidnapped by robbers who are in over their heads, Benji and his scruffy sidekick come to the rescue. 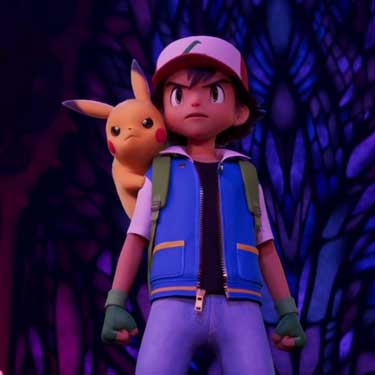 After a scientific experiment leads to the creation of a clone of Mewtwo, he sets out to destroy the world. Ash and his friends then decide to thwart Mewtwo’s evil plans. 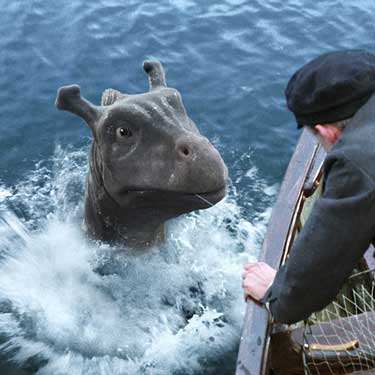 A boy finds an interesting egg. His curiosity leads him to protect it and want to figure out what will come out of it. He didn’t realize that it would turn into something magical. The boy and the Water horse grow a strong relationship together in this wonderful story. 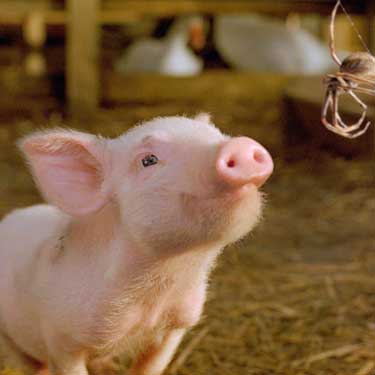 A young girl named Fern rescues a runty piglet, raises it as her own and names him Wilbur. However, after Wilbur grows into a pig, she is compelled to sell him to her Uncle Homer Zuckerman down the street… 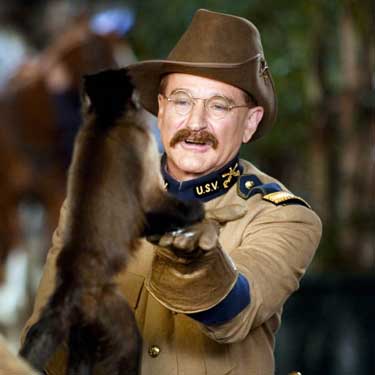 At the Museum of Natural History, there’s a new exhibit being unveiled. Larry Daley, who manages the night exhibit where the exhibits come to life because of the Tablet of Ahkmenrah, is in charge of the presentation. But when the exhibits go awry, Larry finds himself in trouble. 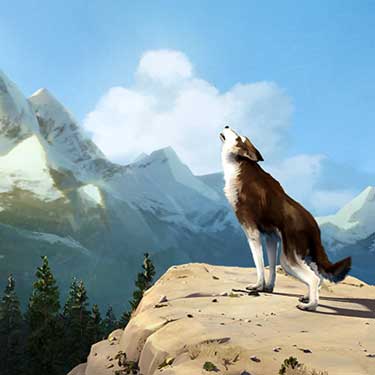 Based on the timeless novel by Jack London. A loyal wolfdog’s curiosity leads him on the adventure of a lifetime while serving a series of three distinctly different masters. This is definitely one of the best family movies on Netflix right now! 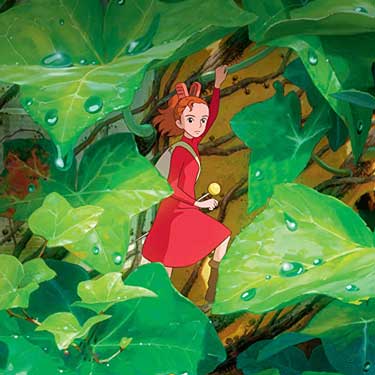 The Clock family are four-inch-tall people who live anonymously in another family’s residence, borrowing simple items to make their home. Life changes for the Clocks when their teenage daughter, Arrietty, is discovered. 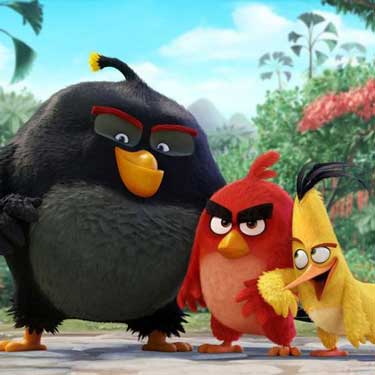 When an island populated by happy, flightless birds is visited by mysterious green piggies, it’s up to three unlikely outcasts – Red, Chuck and Bomb – to figure out what the pigs are up to. 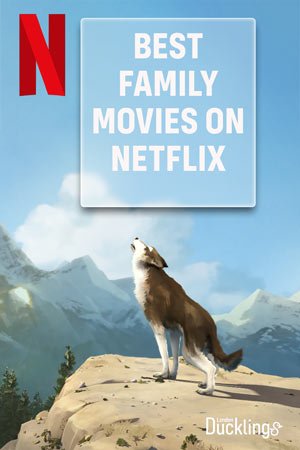 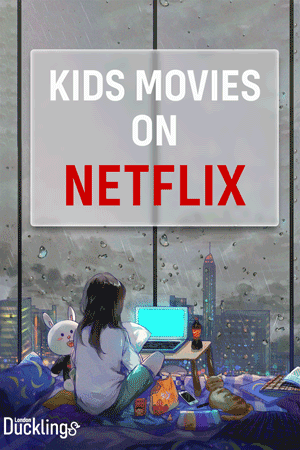 Don’t forget to check our list of 100+ activities for kids bored at home!

Kids Games That Are Both Educational AND Entertaining