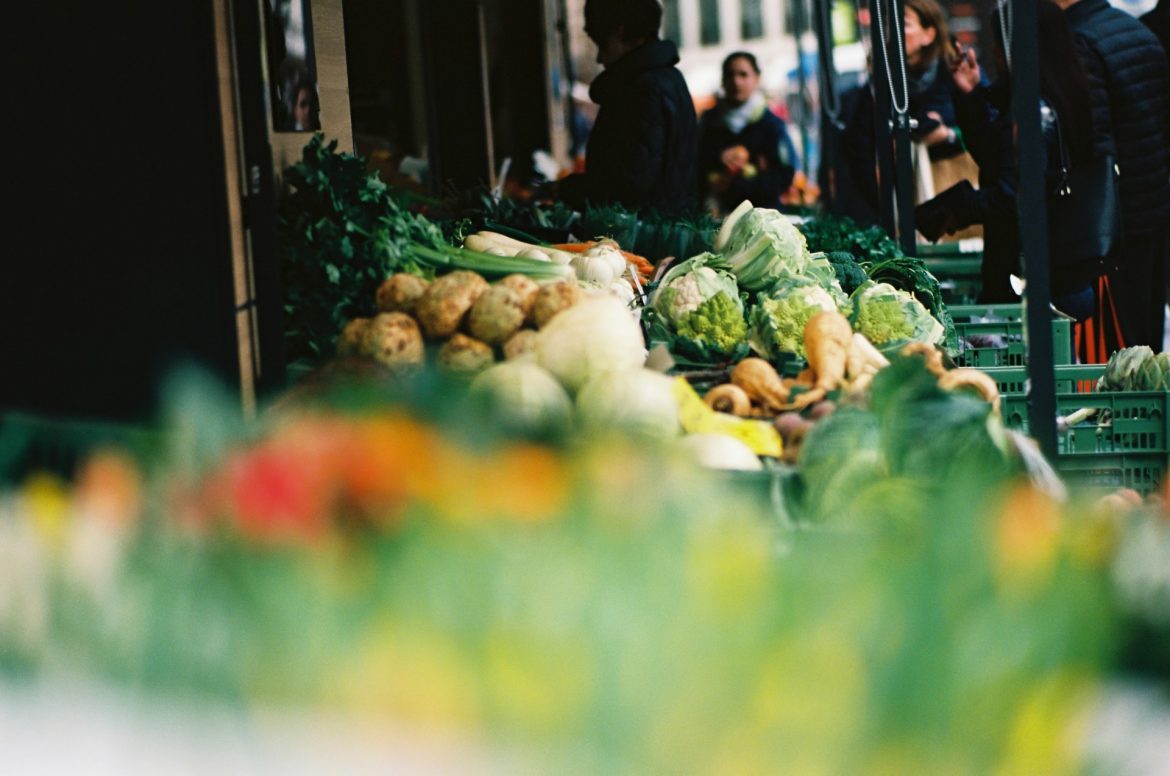 Berwick Street Market is a well-established trading location in the heart of Soho. There has been a market here since the 1700s, but it was formally recognised as such in 1892. Unlike some markets that have been cleaned up and packaged into a posh shopping experience, Berwick Street is the real deal.

The southern end of the market is near the grittier part of Soho, complete with adult shops and theatres, but as you head north the atmosphere becomes less seedy. All in all it is a very genuine experience, so if you’d like to see a typical East London market in action just as it has been for more than 200 years, come to Berwick Street.

Get your fruit and veg at Berwick Street Market

Fruits and vegetables are the main offerings of the market, and while the selection is not unusual, the quality and prices are good. Vendors hawk their wares in Cockney accents, beckoning you to linger and sample their goods.

Bargain hunters should show up after 4:30 when fruit and veg vendors often start doubling up on their set price baskets, giving you twice as much for your pound just to move their ripe and perishable offerings.

The area is also surrounded by cafés and come lunchtime it is a popular place to eat and shop amongst the executives and media types that work in the area.

There are several independent record shops near the market, as well as other shops with somewhat random offerings. It all just adds to the delightful character that infuses this market and the surrounding area.

This historical market is open Monday through Saturday, 9:00 AM to 6:00 PM.

Cabbages and Frocks Market is a Local London Gem

Enjoy a Piece of Nature in Greenwich Peninsula Ecology Park

How to Visit London’s Museums and Attractions During...

The History of 59 Churches in the City...

London Weather and The Best Time to Visit